It looks like Quantico actor Priyanka Chopra is buds with soon-to-be royal Meghan Markle. Good enough friends, in fact, that she might — possibly — snag a coveted invite to the wedding of the year.

While Chopra won’t reveal any details for certain, in a new interview with Harper’s Bazaar Saudi Arabia she did hint at a potential appearance, maybe even in a bridesmaid role, at the upcoming Royal Wedding. “If you see me there, you’ll know,” she told the magazine. Very coy.

Although Chopra’s presence at the hyped event is still up in the air, there are plenty of confirmed attendees we know about already, including those royal kids everyone loves and probable best man Prince William. Of course.

But Chopra did have more to say about Markle, who has already been making a subtle impact in her first few public appearances as Prince Harry’s fiancée. “She’s an icon, truly, that girls can look up to, that women can look up to. She’s normal, she’s sweet, she’s nice, she thinks about the world, wants to change it and this was even before any of this happened,” Chopra said of her friend. “So I do think Meghan being a part of the royal family is a big step in the direction of so many things; of women, of feminism, of diversity, of race, of the monarchy versus everyone else,” she added, calling her “just right” for the role and noting that she is much more than “just Prince Harry’s girlfriend.” 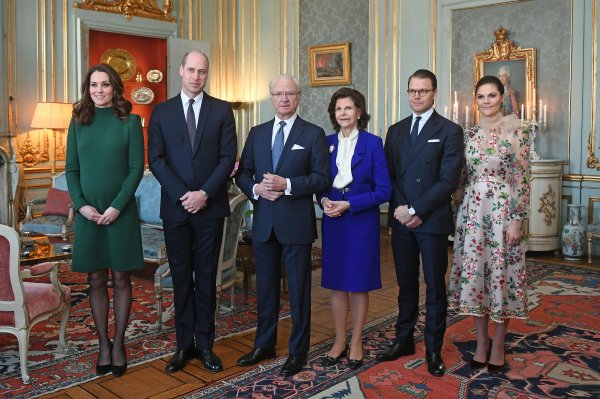 See Prince William and Kate Middleton With the Swedish Royal Family
Next Up: Editor's Pick