As South Korea gears up for the 2018 Winter Olympic Games, organizers of the event are concerned about the PyeongChang weather.

While the previous two Winter Olympics drew complaints for being too warm, this year’s Olympic games in PyeongChang may set a record for being the coldest weather since the 1994 Olympics in Lillehammer, Norway. The Games will be held in venues across several locations in northeastern South Korea, including the mountainous region of PyeongChang, the coastal area of Gangneung and the town Jeongseon. But Olympic organizers are particularly worried about the opening ceremony on Friday, Feb. 9. (Here’s how you can watch the ceremonies.)

Located at a higher latitude than the other Olympic venue sites, PyeongChang weather gets so cold that six people who attended a concert in the city’s Olympic stadium last month reported getting hypothermia, according to the Associated Press. About 35,000 spectators are expected to fill the same stadium for the Olympic opening ceremony, AP reports, where the wind chill is predicted to be about 7 degrees Fahrenheit.

Here’s what you need to know about how cold it will be in PyeongChang.

The weather in PyeongChang — one of the coldest regions in South Korea and where the Olympics opening and closing ceremonies will be held — could hover around 7 degrees Fahrenheit with the wind chill. At nearly a half mile above sea level, PyeongChang is also known for biting winds that come in from the Manchurian Plain and Siberia, according to the Associated Press.

The $58 million PyeongChang Olympic Stadium where the ceremonies will take place was built without a roof as part of time-saving measures and does not have central heating because it’s too expensive, Reuters reports, citing an internal document from the Olympic organizing committee.

The Winter Olympics will use the main stadium only for the opening and closing ceremonies, and none of the competitive events will take place there.

“The only thing foreigners can do is the same thing locals do: bundle up,” Nam Sun-woo, a fishmonger from the area, told the AP. “Not many outsiders understand how cold it gets here. It’s not like where they’re from. This kind of cold is completely different.”

How are Olympic organizers trying to keep spectators warm?

Olympic organizers have come up with several ways to try to keep people in the PyeongChang Olympic Stadium warm. Each spectator will receive heating pads, a blanket and a raincoat, according to the AP. Although there won’t be central heating, officials plan to put up polycarbonate walls along the highest points of the stadium to block winds and provide portable gas heaters between rows. People can also buy hot drinks and food in the stadium.

Will it be the the coldest Winter Olympics ever?

PyeongChang weather is expected to be colder than temperatures recorded during the 1994 Lillehammer Games in Norway, which has the record for the coldest Olympics thus far, at negative 11 degrees Celsius, or about 12 degrees Fahrenheit, Reuters reports.

It’s possible that the 2018 Winter Olympics could set a new record. But it’s not the first recent Winter Olympics to have weather issues — the 2010 Winter Olympics in Vancouver and the 2014 Games in Sochi became famous for not being cold enough during their respective games. Temperatures were above freezing during the competitions, causing snow to melt. In Vancouver, organizers blanketed empty ski slopes with bales of straw obscured by a mixture of artificial and real snow. Organizers in Sochi had to store snow away in order to have enough for the Games.

How will Olympic athletes keep warm in PyeongChang weather?

Team USA athletes will be fitted in special uniforms to stay warm during the Olympic opening ceremony. Polo Ralph Lauren, the official outfitter for the 2018 teams, will provide heated parkas that get power from a separate battery pack. The rest of the very American-themed uniforms will consist of blue jeans, brown mountain boots with red laces, navy bandanas, suede gloves and beanie hats. 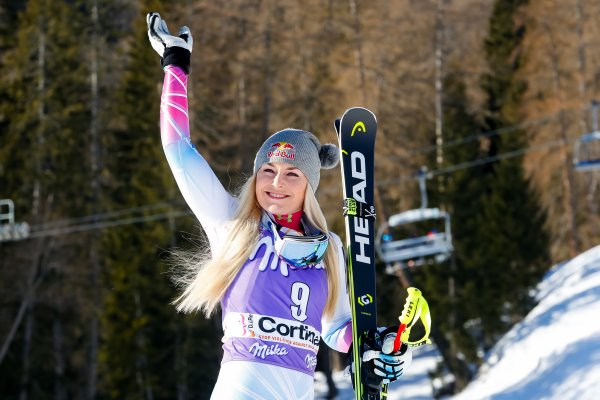 Watch Live as Lindsey Vonn Reveals Who Will Compete for Team USA at the 2018 Olympics
Next Up: Editor's Pick