Kesha Shares Heartfelt Thank You After Her Tearful Grammys Performance

After performing her hit single “Praying” at the 2018 Grammys, Kesha took to Twitter to give thanks to everyone who has supported her.

Following a Time’s Up-inspired introduction from Janelle Monáe, Kesha led a group of all-female vocalists that included Cyndi Lauper, Camila Cabello, Andra Day, Julia Michaels and Bebe Rexha in an emotional rendition of the powerful ballad. The performance ended with a tearful Kesha embracing her fellow singers as the audience gave them a standing ovation.

“‘After everything you’ve done I can thank you for how strong I have become,'” she wrote, quoting the song’s lyrics. “Thank you to the @RecordingAcad, the women on stage with me tonight, and everyone who has supported me through this whole journey.” 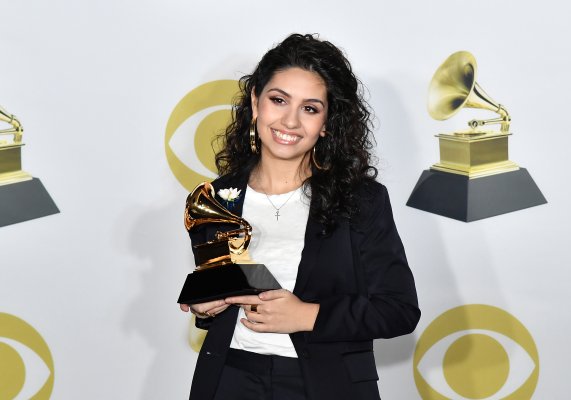 Only One Woman Won a Major Grammy Award. The Internet Is Sounding Off With #GrammysSoMale.
Next Up: Editor's Pick