Kim Kardashian West and Kanye West Just Announced Their Baby’s Name. Here’s How Rare It Is

By Sophia Rosenbaum and Chris Wilson

If you thought Kim Kardashian West and Kanye West’s newborn daughter’s name is a bit unusual, you’d be correct. The name is actually quite uncommon.

Kardashian-West took to Twitter Friday to announce the much-anticipated name for their third child, a baby girl who was born Monday via surrogate. “Chicago West,” she posted with a link to her app. Chicago has a special meaning for the couple as the city is Kanye West’s hometown. The rapper’s song “Homecoming” on his 2007 album Graduation is about the city and he was awarded an honorary doctorate from the School of the Art Institute of Chicago in 2015.

Many others on the internet quickly reacted to the unique name, with some people saying they’d never heard of anyone naming a child after the Illinois city.

But how rare is the name Chicago, really? There are no records of baby girls named Chicago dating back to 1880, according to data from the Social Security Administration. (The SSA only reports a name if at least five newborns of a given gender had that name in a year, so it’s possible that there were a very small number of female “Chicagos” who are not in the database.) 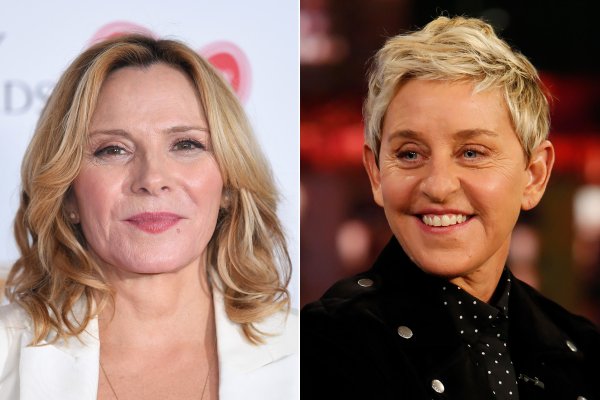 Kim Cattrall Says Ellen DeGeneres Would Make a 'Fabulous' Samantha in Sex and the City 3
Next Up: Editor's Pick