Five women have accused James Franco of inappropriate behavior, according to a new report in the Los Angeles Times.

Four of the women who came forward were Franco’s students. Two of the women, Violet Paley and Sarah Tither-Kaplan, first went public with their allegations on Twitter after the Golden Globes. Franco was criticized after he wore a pin to the awards ceremony in support of “Time’s Up,” a movement launched by Hollywood women to combat sexual harassment and gender inequality.

Franco’s attorney denied all of the allegations of misbehavior, according to the Times. His attorney did not immediately respond to TIME’s request for comment. In an interview with Stephen Colbert on Tuesday night, Franco said the allegations made by Paley and Tither-Kaplan on Twitter “are not accurate.”

Paley, who was not one of Franco’s former students, told the Times she began a romantic relationship with Franco in early 2016 after he said he would help her with a script she had written. She said that, at one point in their relationship, he pressured her to perform oral sex on him.

Paley’s second comment about a 17-year-old refers to a 2014 incident in which Franco connected on Instagram with a fan he had met outside his Broadway show, Of Mice and Men. The woman told him online that she was “nearly 18,” and Franco allegedly asked her: “Should I rent a room?” In an interview on Live! With Kelly and Michael in April 2014, Franco expressed regret about the incident.

“I’m embarrassed, and I guess I’m just a model of how social media is tricky,” Franco said. “It’s a way people meet each other today, but what I’ve learned is you don’t know who’s on the other end. I used bad judgement and I learned my lesson.”

Franco, who has been promoting his latest film The Disaster Artist on the awards circuit, is the latest high-profile Hollywood man to be accused of misconduct in the wake of dozens of allegations against mogul Harvey Weinstein.

Correction: The original version of this story misstated Tither-Kaplan’s accusation of inappropriate behavior against Franco. She said she witnessed Franco remove protective guards from other actors during a simulated oral sex scene that was being filmed; she did not accuse him of doing this to her. 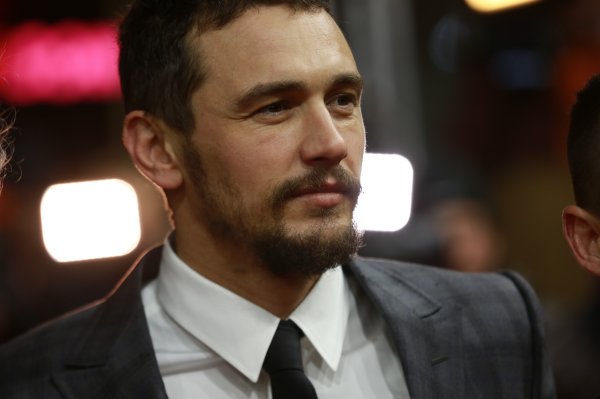 'I Have No Idea What I Did.' James Franco Denies Sexual Misconduct Allegations in Colbert Interview
Next Up: Editor's Pick