'I Have No Idea What I Did.' James Franco Denies Sexual Misconduct Allegations in Colbert Interview

James Franco denied sexual misconduct allegations in an interview with Stephen Colbert Tuesday night on The Late Show. Franco told Colbert the allegations posted on Twitter were “not accurate.”

Franco wore a “Time’s Up” pin, which demonstrates support for the fight against sexual misconduct in Hollywood, to Sunday night’s Golden Globes, prompting actor Violet Paley and filmmaker Sarah Tither-Kaplan to come forward on Twitter with allegations of sexual misconduct against Franco. Others criticized Franco’s past behavior with women on social media.

“The things that I heard that were on Twitter are not accurate, but I completely support people coming out and being able to have a voice because they didn’t have a voice for so long,” Franco told Colbert. “I don’t want to shut them down in any way.”

The Breakfast Club‘s Ally Sheedy, whom Franco directed in a 2014 play, The Long Shrift, also tweeted comments about Franco on Sunday night. She wrote: “James Franco just won. Please never ever ask me why I left the film/TV business.” The tweets were later deleted, and Sheedy has not commented further. A spokesperson for Sheedy did not respond to a request for comment from TIME.

Franco told Colbert that he supports the Time’s Up movement and its push for gender equality. When Colbert asked if there was a way to come “to some sort of reconciliation between people who clearly have different views of things,” Franco did not explicitly address the women who made allegations against him.

“If there’s restitution to be made, I will make it. If I have done something wrong, I will fix it,” he said. “As far as the bigger issues… I’m here to listen and learn and change my perspective where it’s off.”

On Tuesday night, the New York Times canceled an event scheduled for Wednesday with Franco and his brother, Dave Franco, to discuss their film, The Disaster Artist. The Times said in a statement that it was canceling the event “given the controversy surrounding recent allegations.” 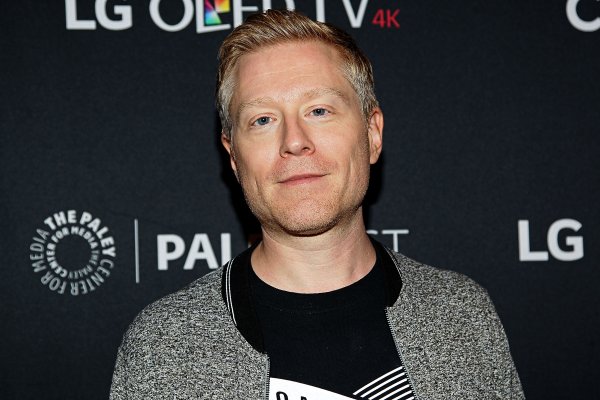 'There Is Strength in Numbers': Anthony Rapp Shares Why He Opened Up About Kevin Spacey
Next Up: Editor's Pick