Meghan Markle Just Deleted Her Social Media Accounts. Here's How to Stay Invested in Her Life

On the day of her first outing of the year with Prince Harry, the soon-to-be royal deleted her Instagram, Twitter, Facebook accounts. No stranger to public life, previously, the former Suits actor used the platforms to share snaps from her charitable trips and her pets with her followers. But all of her pages are no longer available as of Tuesday.

It’s a move that makes sense given her relationship with her new fiancée. Case in point: none of the members of the royal family have their own personal accounts. And she also shut down her personal blog, The Tig, in April.

Fans can follow all the Markle shenanigans via the palace’s official accounts as the frenzy builds in support the big event where the pair are set to wed at St. George’s Chapel at Windsor Castle on May 19.

“Ms. Markle is grateful to everyone who has followed her social media accounts over the years. However as she has not used them for some time she has taken the decision to close them,” People reported a palace source explained. 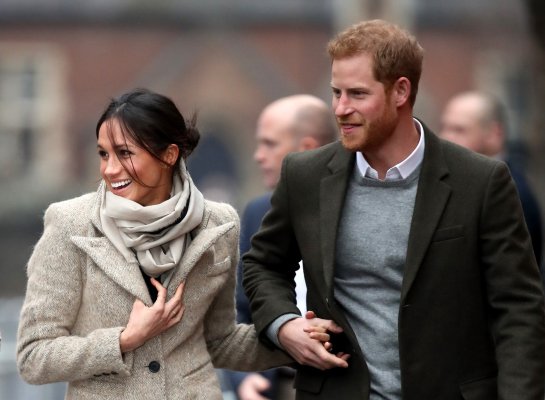 Prince Harry Had the Best Reaction to a DJ Who Wants to Play the Royal Wedding
Next Up: Editor's Pick