Oprah Winfrey is “intrigued” by the idea of running for U.S. president, but she is not “actively considering” it right now, her best friend Gayle King said Tuesday.

Winfrey delivered a powerful speech during Sunday night’s Golden Globes after earning a lifetime achievement award, prompting several calls around the country for her to a mull a presidential bid in 2020. But the famous television host does not plan to take up the challenge yet, according to King, who was pressed by colleagues on CBS This Morning to say whether she believes Winfrey will run.

“No, I absolutely don’t think that her position has changed. I don’t,” King said, adding that she was up late last night discussing the possibility with her close friend. “She’s intrigued by the idea. I do think that.”

Three months ago, Winfrey made it clear she had no political ambitions during an October appearance on CBS This Morning. “There will be no running for office of any kind for me,” the mogul said at the time.

King said Winfrey “loves this country” and hopes to be “of service in some way,” without holding the highest office in America.

“I don’t think she’s actively considering it at this time,” King said. “You always have the right to change your mind.” 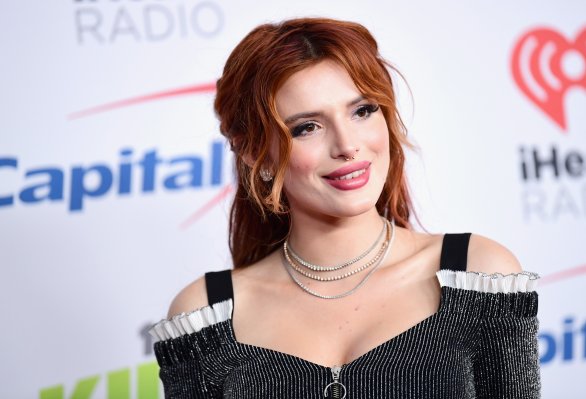 Bella Thorne Opens Up About Childhood Abuse
Next Up: Editor's Pick