If a description like “bomb cyclone” is not enough to freak you out about this week’s winter weather, Winter Storm Grayson has brought along another terrifying weather phenomenon: thundersnow.

Thundersnow, a snowstorm during which thunder and lightning occur, has been reported across southeastern New England Thursday, as the storm passes over the east coast, pummeling cities like New York and Boston.

Thundersnow storms are typically tall and narrow in structure, with surface temperatures generally above freezing, according to The Weather Channel. Thundersnow develops when flat snow clouds form upward bumps that rise above the rest of the cloud. As the bumps, or turrets, rise up, the layer just above the flat cloud can become unstable, creating conditions for thunder and lightning.

The rare weather phenomenon has its fans among weather experts, specifically The Weather Channel meteorologist Jim Cantore, who has gone viral multiple times over his enthusiasm for thundersnow. In 2015, as a winter storm hit Boston, Cantore couldn’t get over the multiple thundersnow events he got to experience.

See his joy below: 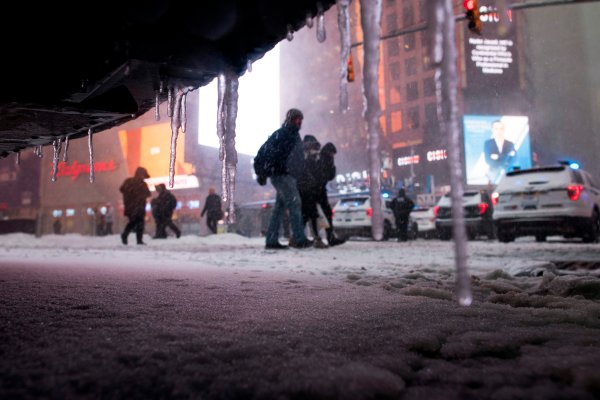