Even The Rock Is Obsessed with Mark Hamill

Mark Hamill — perhaps best known for playing Luke Skywalker over the course of decades, and for his active presence on Twitter as an all-knowing Star Wars guru — is back in the spotlight these days. Not only did he appear in the latest blockbuster installment of the franchise, the box-office-dominating The Last Jedi, but he’s also getting kudos from none other than everyone’s favorite Hollywood star Dwayne ‘The Rock” Johnson.

On Tuesday, The Rock shared the news that his latest movie Jumanji: Welcome to the Jungle, which is a sequel of sorts to the Robin Williams adventure classic, had overtaken The Last Jedi to become the top grossing film in theaters for the first week of 2018.

“About a month ago my Jedi hero @HamillHimself said ‘the Jumanji force is strong,” he tweeted in homage to Hamill. “Nice win for the Jumanji team and win for me because I actually had a Twitter exchange with Luke-Skywalker. #Hero.”

This isn’t the first time Johnson has outed himself as a Star Wars fan; earlier in December, he also responded to a tweet shared by a coworker about an autograph Hamill had once given. “I still try and use the Force like once a week,” he admitted then. Looks like it’s working in his latest cinematic endeavors. 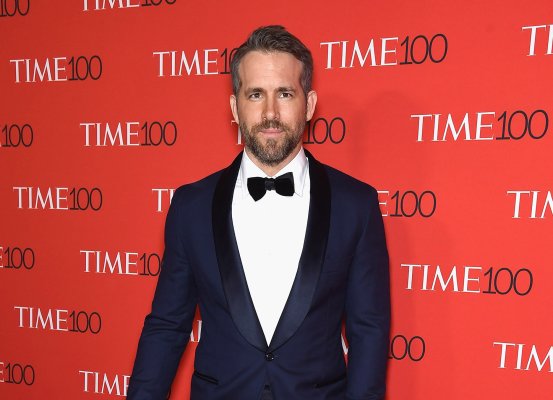 The Internet Thinks Ryan Reynolds Basically Used to Be Zack Morris
Next Up: Editor's Pick