The Last Jedi marks the end of an era for Star Wars fans, as Carrie Fisher makes her final appearance as the beloved Princess-turned-General Leia. Fisher passed away in December 2016 after suffering a heart attack, but had reportedly already finished filming her scenes for Episode VIII at the time of her death.

Star Wars: The Last Jedi begins with the Leia-led Resistance making a mad dash to evade the encroaching forces of the First Order. Unfortunately, in the midst of their escape, Leia’s ship is hit by a blast that destroys its entire command center. For a few minutes, it seems as though that will be the last we see of her. But then Leia appears on-screen again, drifting through the galaxy. She reaches out her hand and — using her connection to the Force— manages to fly through space back to the Resistance fleet.

The general is unconscious for the majority of the rest of The Last Jedi as she recovers from her ordeal. But, of course, at the Resistance’s greatest moment of need, she wakes up ready to command. Leia gets a heartwarming reunion with her twin brother Luke Skywalker (Mark Hamill) — or at least his Force projection — and seems to pass the torch of leadership to Poe (Oscar Isaac).

In Leia’s final scene, she boards the Millennium Falcon with Rey (Daisy Ridley) — both seeming to know that Luke is gone — to fly off into the galaxy once again. When the credits roll, a dedication to the late Fisher appears on-screen: “In loving memory of our princess, Carrie Fisher.”

Although there were rumors that Fisher’s role in The Last Jedi would be changed to account for her absence in Episode IX, director Rian Johnson has said that he didn’t alter the movie at all. “I felt very strongly that we don’t try to change her performance,” he told the New York Times in September. “We don’t adjust what happens to her in this movie. Emotionally, you can’t help recontextualize it, now that she’s gone. It’s almost eerie how there are scenes that have an emotional resonance and a meaning, especially now. She gives a beautiful and complete performance in this film.”

Disney has also stated that there will be no computer-generated version of Leia in Episode IX like there was in Rogue One. “We had to deal with tragedy at the end of 2016,” said Disney CEO Bob Iger during a March talk at the University of Southern California. “Carrie appears throughout VIII. We are not changing VIII to deal with her passing. Her performance remains as it is in VIII. In Rogue One, we had some digital character. We are not doing that with Carrie.”

“We don’t have any intention of beginning a trend of re-creating actors who are gone,” Lucasfilm President Kathleen Kennedy reiterated to Vanity Fair in May.

Considering Leia’s storyline was left pretty open-ended, it’s unclear how Episode IX director J.J. Abrams will deal with tying up the loose ends. All we can ask is that it does Fisher justice. 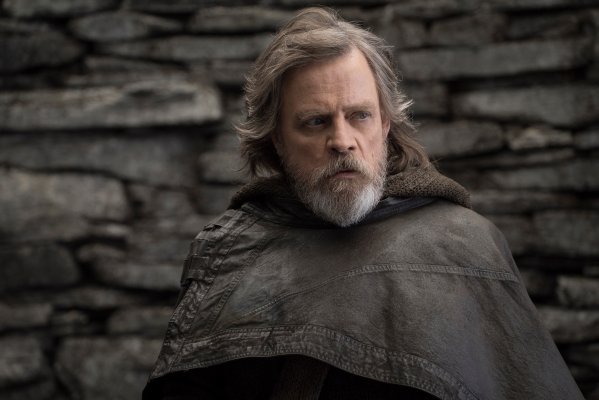 Star Wars Fans Have Strong Reactions to Last Jedi
Next Up: Editor's Pick