“The terrible harm that this flawed system inflicts on America’s security and economy has long been clear,” Trump said in a White House statement. “I am determined to improve our immigration system to put our country and our people first.”

Trump said that his travel ban for residents of six Muslim-majority countries, which the Supreme Court recently allowed enforcement of in full, was “one step forward in securing our immigration system.” He additionally called on Congress to end chain migration and increase the number of Immigration and Customs Enforcement officers, who detain undocumented immigrants.

“[T]hose convicted of engaging in acts of terror deserve the strongest penalty allowed by law, including the death penalty in appropriate cases,” the President added. “America should always stand firm against terrorism and extremism, ensuring that our great institutions can address all evil acts of terror.”

According to the Department of Homeland Security, the incident’s primary suspect — 27-year-old Akayed Ullah — is a lawful permanent resident of the U.S. who came from Bangladesh on a family immigrant visa in 2011. Bangladesh is not one of the countries included in Trump’s travel ban.

Ullah is said to have acted alone, according to New York City Mayor Bill de Blasio. Law enforcement officials said that Ullah was inspired by ISIS but did not have any direct contact with the group, the Associated Press reported. 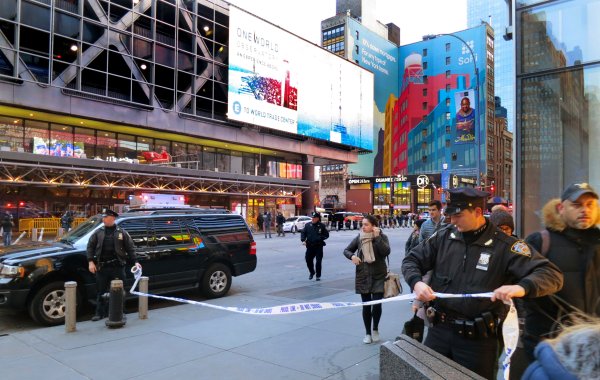 What We Know About the New York Bomb Attack Suspect
Next Up: Editor's Pick