Dumbledore's Wise Words Came In Handy for a British Politician

At least, one British politician certainly didn’t seem able to get Dumbledore’s (and J.K. Rowling’s) sage words out of his head recently. During a segment of the BBC’s Question Time this week, the Parliamentary Under Secretary of State for Prisons, Probation, Rehabilitation and Sentencing (phew!) Sam Gyimah spoke about his country’s leader Theresa May, and her recent bold proclamations against the anti-Muslim tweets shared by U.S. president Donald Trump.

Fans of Harry Potter will, of course, recognize that line as nearly identical to one of Dumbledore’s best. Spoken in The Sorcerer’s Stone, the benevolent headmaster coins the phrase while awarding points to Neville Longbottom, who attempted to stop Harry, Ron and Hermione from breaking school rules (to no avail. Hermione cast a leg-locker curse on him, unfortunately). Dumbledore’s exact wording: “It takes a great deal of bravery to stand up to your enemies, but a great deal more to stand up to your friends.”

So, was Gyimah’s statement a coincidence — or an intentional nod to Rowling’s beloved character? He has not yet clarified his position on Harry Potter. But lately, it seems, sometimes the line between fiction and reality is can be blurred. 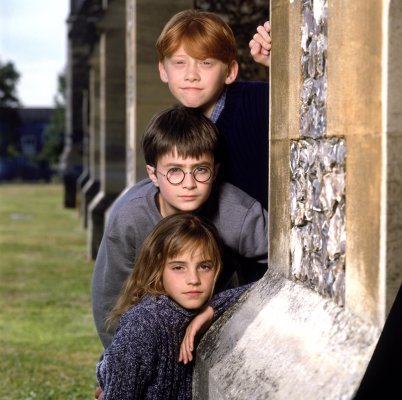 What Liking Harry Potter Says About Your Personality, According to Science
Next Up: Editor's Pick