This fall saw the return of a plethora of pumpkin-spice-flavored products. But there are signs that the national pumpkin-spice infatuation may soon be over. With pumpkin-spice flavors slowing, MarketWatch released a forecast backed by industry-wide sales data showing that the next seasonal flavor to sweep the industry is maple.

According to 1010data, a New York–based analytics firm, sales and profits generated from pumpkin-spice products have slowed after years of rapid growth. While the number of pumpkin-spice foods sold online has increased 49% since 2016, overall sales have grown only 21% in the same time period. Maple-based treats, meanwhile, are getting hotter. Industry analyst Technomic reports that sales of maple-flavored nonalcoholic beverages are up nearly 85% since ’16. Alcoholic beverages featuring maple flavoring are up more than 14%; Crown Royal, Jim Beam and Knob Creek all produce maple-infused whiskeys.

Even Starbucks, the driving force behind pumpkin-spice mania, blessed the newcomer, introducing the Maple Pecan Latte in the U.S. in September, an espresso-based concoction with maple syrup and pecan flavoring. Dunkin’ Donuts released its maple-pecan take in August.

Starbucks manager for global communications, Maggie Jantzen, says that while the Pumpkin Spice Latte is its top-selling seasonal beverage ever–more than 350 million have been served since 2003–the coffee retailer has long seen the promise of maple. In 2007, the chain sold maple macchiatos across the U.S. and Canada. The Maple Pecan Latte, Jantzen says, was available as a seasonal option in South Korea before Starbucks brought it in the U.S. this fall.

Beyond the coffee shop, maple water has seen so much growth that Business Insider is calling it the “next coconut water,” and market-research firm Zenith believes the category could triple its value by 2020. That’s good news for those seeking sustainable products; maple water is the liquid that comes straight from the tree, also known as sap, before it gets boiled down into the breakfast staple you know as maple syrup. To net one quart of maple syrup, producers start with 10 gallons of maple water. The taste of maple water changes slightly from year to year, much like wine, but remains clear and slightly sweet, as if flavored with a hint of honey.

Maple also has an impressive nutritional profile; there are more than 40 antioxidants and minerals found in organic maple syrups. Compared with some other sweeteners, it’s also lower in calories. And given that a classic maple flavor is often available at home in the form of maple syrup, consumers might be inclined to start using the flavor more in daily meals instead of canned or bottled pumpkin spice. 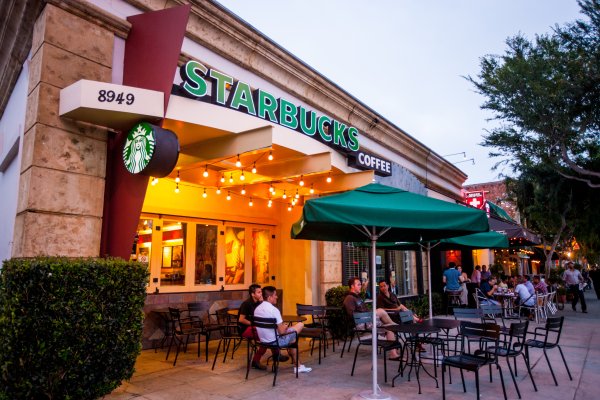 Starbucks Zombie Frappuccinos Could Make Your Halloween Nightmares a Delicious Reality
Next Up: Editor's Pick