When he is backed into a corner, Donald Trump reflexively tries to improvise his way out of the mess. That may have worked in the rough and tumble world of New York real estate, and it certainly helped him become the first political neophyte to lead a presidential ticket since Dwight D. Eisenhower. But on Monday, a trio of past impromptus resulted in a trifecta of legal worries for the White House.

It started back during the dark days of the presidential campaign. When asked in the spring of 2016 whose voices he was heeding on foreign policy, Trump responded lamely that he listened to himself; to get out of that embarrassing pickle he unveiled a roster of advisers who had undergone only the most basic vetting. A few months later, when his nomination seemed in peril, Trump turned to a longtime acquaintance, Paul Manafort, who owned a condo in Trump Tower and had a political pedigree that peaked in the 1970s and ‘80s, despite Manafort’s reputation for representing foreign autocrats. Finally, when Trump was faced with the closing-in federal investigation of potential ties between his campaign and Russians in May 2017, the President fired the FBI director, James Comey.

Each may have seemed like a good idea at the moment. But the president’s dismissal of Comey last spring prompted the Justice Department to name the dogged and upright Robert Mueller as special counsel to probe the Trump campaign’s links to Russia. On Monday, Mueller charged Manafort, Trump’s one-time campaign chairman, with lying about millions in payments from foreign governments and dodging U.S. taxes and “conspiracy against the United States.” And later the same morning, Mueller revealed that one of Trump’s hastily named foreign policy advisers, George Papadopoulos, had pleaded guilty on Oct. 5 to lying about his role as an intermediary between the campaign and Moscow, and had been cooperating with the probe for months.

As is his wont, the President pretended that the development had little to do with him. “Sorry,” the President tweeted from the White House, “but this is years ago, before Paul Manafort was part of the Trump campaign.” He said the real criminals were Hillary Clinton and the Democrats. Similarly, the White House’s chief spokeswoman told reporters that Manafort was a brief interloper on the President’s campaign and that Papadopoulos was a volunteer whom Trump did not recall meeting. “He reached out and nothing happened beyond that,” Sarah Huckabee Sanders said of Papadopoulos, who was featured in a photograph Trump posted on his Instagram account of a meeting with advisers in March of 2016.

Of all the examples or Trump’s on-the-fly decisions, few are as confounding, and potentially as consequential, as his hiring of Manafort. How did such a colorful political operative, known for his international clientele and larger-than-life reputation, wind up trading in the jet-setting pace for one more domestic political campaign? In one sense, the answer seems obvious: Manafort helped Trump live to fight another day. He came to the campaign in late March 2016 when Trump was leading his rivals for the nomination but some in the party were contemplating how to block him. The nascent #NeverTrump effort sought to peel off delegates at the nominating convention in Cleveland from the Trump camp, perhaps leading to the first floor fight since the 1976 brawl between incumbent President Gerald Ford and insurgent Hollywood insider Ronald Reagan.

But probe a little deeper and none of the sources familiar with the details can quite agree anymore how Trump came to decide hiring Manafort was a good idea. At least three differing and at-times-contradictory versions are offered by sources in Trump’s orbit.

In the first version of these facts, Trump son-in-law and current White House senior adviser Jared Kushner proposed a re-introduction to Manafort, who had done work with Trump in the 1980s and ‘90s. Ivanka Trump’s husband saw troubles ahead at the convention and urged his father-in-law to enlist someone who knew the rules. The thinking went that Manafort could use his knowledge of the party rules as he had done in 1976, as well as with Reagan in 1980, George H.W. Bush in 1988 and Bob Dole in 1996. (It was an added bonus that the introduction of Manafort to the team would make then-campaign manager Corey Lewandowski fearful for his job.) A variation of this tale attributes the rising role of Manafort to Tom Barrack, a longtime Trump pal and fellow Manhattan billionaire who would run Trump’s inauguration committee. Manafort wrote two memos to Trump, routed through Barrack, about how he might “professionalize” his campaign. Barrack passed along the memos and endorsed Manafort to Trump as “a killer.” Trump was instantly intrigued with the idea.

The second version of how Manafort came to the center of Trump’s campaign lies with Nixon-era operative Roger Stone, a Trump adviser — sometimes formally and often informally. Stone fanned the flames of Trump presidential bids in 2000, 2012 and 2016, as well as a 2014 tease for New York Governor. Stone is a former business partner of Manafort. Together, they were among the masters of political manipulation, helping clients such as the regimes in Somalia, Zaire and the Philippines. The addition of Manafort to the Trump campaign was expected to give Stone’s often-unorthodox theories leverage inside Trump Tower. (Again, it was an added bonus that it would irk Lewandowski, with whom Stone clashed before leaving the campaign on an official basis.)

The third version of these stories comes from those close to Lewandowski: Manafort convinced the Trump family of his value for a limited role, got inside and and then pushed out the campaign manager. It was a power-grab by a lobbyist whose domestic reputation could only benefit from linking up with the like GOP nominee. Again, the Manafort memos buttress this thesis, which seemed to be possible with the backing of Kushner, Ivanka Trump and Donald Trump Jr.

Amid the pointing of fingers, it’s not clear who is ultimately to blame or bow for Manafort’s hiring. But more than anything, it may have been that Manafort was just someone Trump knew. Manafort bought a Trump Tower condo in 2006 for $3.7 million. And the story of these characters goes back even further than that. Manafort and Stone first met back in the 1970s, when they worked as a rival bloc against Karl Rove, even then a star in the GOP. Manafort and Stone thought the Rove wing too weak and flexible. Rove won a campaign to become the president of the Young Republicans in 1972, and Stone won it in 1977 in a post-Nixon backlash.

Two years later, Trump met Stone, who was working for infamous Trump lawyer Roy Cohn. Around that time, either in 1979 or 1980—no one today knows for sure, and both years have their claims—Cohn introduced Trump to Manafort. At the time, Manafort and Stone were working in an office with Charlie Black, another figure who would become a giant of Washington’s K Street lobbying corridor. Manafort, Stone and Black signed Trump as a client. Trump’s first ask? He wanted a deeper dock in Atlantic City so he could park a yacht. In the coming years, Trump’s lobbyists worked on projects as small as rezoning city blocks to as large as blocking Native American tribes from opening casinos that would compete with Trump properties in Atlantic City. Trump publicly said he didn’t really know what his lobbyists did, but they got results for him.

Fast forward to 2016, when Trump’s campaign was heading toward a win and a meltdown. The GOP Establishment fretted about Trump, who was likely to be the party’s nominee at the end of one of the most unlikely campaigns in memory. Kushner had begun taking on a larger role in the campaign, but many of the party elders urged the political newcomer to bring aboard a respected figure to steady the ship as it headed toward the nominating convention in Cleveland. In Manafort, Trump saw an acceptable and familiar imprimatur of the GOP Establishment finally getting behind his revolutionary campaign that ignored consultants, pollsters and history.

It wasn’t long before there were signs that Manafort might have been an unwise choice. Soon after Manafort was announced as the campaign’s Sherpa for delegates in Cleveland, on March 28, 2016, reporters started digging into his business dealings, resulting in a series of negative stories. Some inside the Trump orbit didn’t care for the new wiseman and helped feed negative details about the new addition. On the one hand, that only made Trump want to keep Manafort more, especially as his supporters came to cheer the candidate’s fight with the media. Trump elevated Manafort to campaign chairman on May 19, 2016. As many had expected, Lewandowski was soon forced out. The campaign announced his exit on June 20, 2016.

But it didn’t take long for Trump to sour on what Manafort did with his campaign. Things were too “normal,” he complained to aides on the road with him. Manafort’s connections were getting too much of the attention. The Republican National Committee’s official platform — the governing policy document for four years — had sudden changes that seemed to benefit Manafort’s pro-Russian Ukrainian clients. Manafort’s international business dealings were driving headlines. Internal fighting inside Trump Tower left Kushner and others unhappy with the distraction. Lewandowski started showing up at rallies and the two were speaking by phone on a regular basis. The meltdown was simmering, and soon Trump had seen enough. He wanted a change and, at the behest of the ultra-rich Mercer family, set in motion an overhaul of the campaign. Media executive Steve Bannon would join the campaign to run day-to-day operations and Kellyanne Conway would become the manager. Manafort was gone on Aug. 19, 2016.

In Trump’s telling, Manafort was someone who “was with the campaign, as you know, for a very short period of time, for a relatively short period of time.” That may be true, depending on your definition of “short,” but it only underscores the fact that it was Trump’s improvisation that brought Paul Manafort to center stage this fall. On Monday, Mueller unveiled a 31-page federal indictment against Manafort, alleging that $75 million in cash flowed through companies and organizations under the control of Manafort and his deputy, fellow Trump campaign official Rick Gates, between 2008 and an unspecified date in 2017. Much, if not most, of the allegations in the federal indictment would have taken place well in advance of Manafort signing on to work, for free, for the Trump campaign. Manafort pleaded not guilty to charges; Gates entered the same not-guilty plea on charges that he, too, took millions in undisclosed foreign dollars. 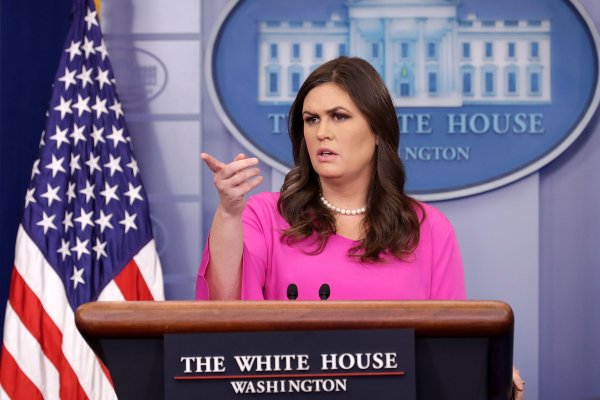