Lulu may be a good girl, but she’s not a good fit for the CIA.

That’s the takeaway from the latest update from the federal agency, which shared a blog post about one of the bomb-sniffing dogs in its latest trainee class. Lulu, a one-and-a-half-year-old black lab, has been in the training program for a few weeks. But the CIA says she just “wasn’t interested in detecting explosive odors.”

“All dogs, just like most human students, have good days and bad days when learning something new,” they explained. Yet for Lulu, those “bad days” outnumbered her good ones — and they realized her heart just wasn’t in it. Initially described as “hyper and silly” with an “easygoing sweetness,” it looks like she had other passions than bomb detection. “Lulu was no longer interested in searching for explosives. Even when they could motivate her with food and play to search, she was clearly not enjoying herself any longer,” the CIA wrote.

Luckily, Lulu’s handler is adopting her — regardless of her disinterest in a technical career with law enforcement. “She now enjoys her days playing with his kids, sniffing out rabbits and squirrels in the backyard, and eating meals and snacks out of a dog dish,” they further note. Rabbits or squirrels? Or bombs and explosives? Clearly, Lulu had a preference. “We’ll miss Lulu, but this was the right decision for her,” they conclude.

She was one of six pups in the latest training class — you can follow the rest of the canines’ progress here. 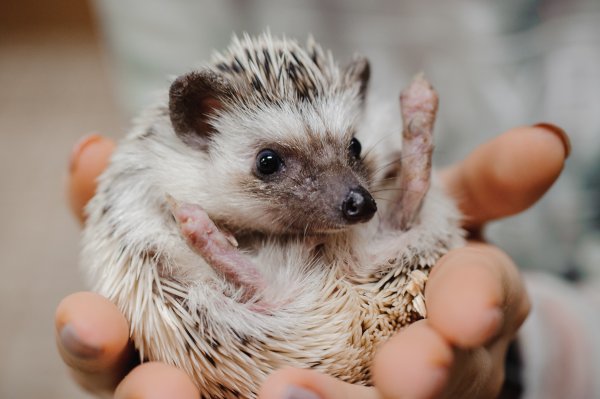 The Internet's New Best Friend Is an Adventurous Hedgehog
Next Up: Editor's Pick