President Trump's Tweets About Puerto Rico, Military Families Rank Among His 10 Worst-Received Ever

President Trump’s handling of Puerto Rico and military deaths rank among his worst under a popular metric for measuring responses to tweets.

It’s called the Ratio, and it refers to tweets that get more replies than likes. Since there’s no way to downvote a tweet, a high number of replies without likes is typically a sign that many users were disagreeing with you.

Because Trump has so many followers — 40 million under the most recent count, making him the most-followed world leader on the social networking platform — it’s fairly hard for him to get a bad Ratio.

Only one tweet — about “Morning Joe” co-host Mika Brzezinski — received more replies than likes, the measure of a poorly received tweet.

But several tweets in September and October about Puerto Rico, military families, an Alabama Senate race and his relationship with Secretary of State Rex Tillerson rank among his worst ratios of replies to likes since he became president. 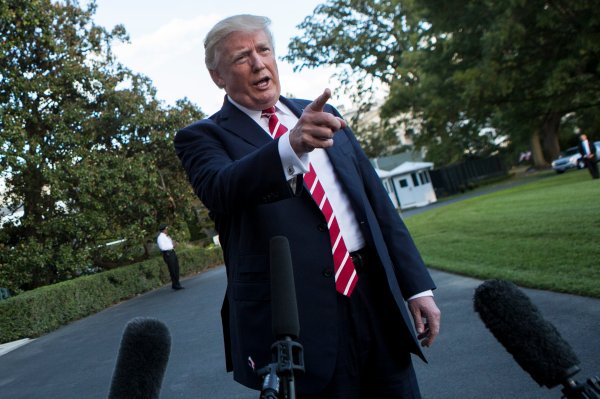 The White House Is Using John Kelly's Dead Son to Criticize Obama
Next Up: Editor's Pick