They Survived the Las Vegas Shooting. But They Don't Want More Gun Control

Last Easter, Brian Fraser went to a Walmart and spent $200 to buy every nerf gun in the store for an all-out-family-nerf battle. He was an avid hunter and fisherman who passed on his love of the outdoors to his four children. So it wasn’t unusual that when he went to the Route 91 Harvest Festival music festival on the Las Vegas Strip, he wore a T-shirt that said “I call shotgun,” emblazoned with a picture of a shotgun on it.

He lost his life when gunman Stephen Paddock opened fire from his room on the 32nd floor of the nearby Mandalay Bay Resort and Casino, killing at least 58 people and wounding hundreds more before taking his own life in the worst mass shooting in modern U.S. history.

“He was the life of the party,” said his widow, Stephanie Fraser, 48, of Orange County, Calif. “He always had a smile on his face. He loved to hug everybody, get into everybody’s bubble.”

Fraser, a sales manager at a mortgage company, had recently performed the marriage ceremony for his 25-year old son and 24-year old daughter-in-law. His family said he couldn’t pass a group taking a picture without photo-bombing them. He had just gotten his pilot’s license and looked for any excuse to fly — even if it was just to see his young nephew perform in a play.

That’s what Stephanie Fraser likes to remember about her husband. Not the image of him lying on the muddy ground of the concert venue, or the strangers surrounding him performing CPR, or their friend scooping him into a wheelbarrow to try to get him to a paramedic.

When Stephanie first heard the shots ring out, their friend told them to get on the ground. “But my husband looked and said ‘I don’t think that’s gunfire,’ so he kept standing,” she recalled. The shooting paused briefly, and at first it seemed that Brian had been right. Stephanie was on the ground, her face pressed against her arms. Then the shots rang out again. Brian was hit.

Read more: ‘We All Know Somebody Who Was There.’ Las Vegas Rallies With Water, Blood and Teddy Bears

Brian’s best friend started to shout. “I could hear him yelling my husband’s name and trying to move him to get him to get up,” Stephanie said. “That’s when I knew.” She saw their friend drag her husband behind the bleachers to attempt CPR, then hoist him into a wheelbarrow to run for help. By the time he got to the hospital, the doctor said he was already gone.

“He would have stood up and took a bullet to make sure that none of us did,” Fraser says. “He was our true hero.”

As a familiar debate rages anew about gun control in the wake of the latest mass shooting, Fraser said she doesn’t think anything could have been done to prevent the tragedy that claimed her husband’s life. “Unless we have metal detectors everywhere we go, this could never be avoided,” she said. “We can’t live like that.”

The only preventative measures she wants are better security at places like the hotel where the shooter holed up with so many guns. “Could the Mandalay have been watching their cameras and seen that this guy came in how many times bringing how many suitcases?” she asked. “Could they have had break=proof windows so that he couldn’t have broken through his window? Or an alarm? I don’t know what could have been done.”

One thing Fraser doesn’t blame: gun laws. “It’s not like he had a record, this guy was clean,” she said. Besides, Brian “wasn’t about gun control at all. … He was not for that.”

Read more: ‘The Worst Feeling in the World.’ A Mother’s Terror During the Las Vegas Shooting

Changing the country’s gun laws aren’t a top priority for Toby and Kelsey Clark either. They also fled the hail of bullets that rained down on the crowd Sunday night. Kelsey Clark, a 25-year old police officer in Olympia, Wash., ran for her life while eight months pregnant with the couple’s second child.

“The most accurate description I can think of is the opening scene of Saving Private Ryan on the D-Day beach,” recalled Toby Clark, 27, who works in construction. “The bullets whistling past you, the cracks when it hits something metal.” He said thinking about it gives him a “chill down my spine.”

“I just wanted to get to my wife and my unborn child out of there as fast as I could,” he said.

Even with her years of police training, Kelsey Clark was rattled. “I have a lot of firearm training, but hearing it in a crowd of people who are screaming and hearing bullets bounce off of things and hit things, that’s not really something you can prepare yourself to hear,” she said. “And it’s completely different hearing it on a video versus hearing it in real life.”

Kelsey Clark’s mother Kelly Moore, 54, was also with them at the concert. “The first round of shots I heard, I thought they were fireworks. I turned towards Mandalay Bay thinking, ‘I’ll see sparks pretty soon,'” she recalled. Once she realized the sounds were gunfire, she ran with the rest of her family. “I almost felt like there was a helicopter above us shooting, it was so bizarre, like a war sound, something you’d see on TV.”

They avoided the crowds running to the exits, and instead escaped out of a hole in the fence and ran to the nearby Tropicana hotel. The group of nine all made it out, but got separated as they fled.

Moore ended up alone at the Tropicana, unharmed but terrified. She wasn’t sure if there were more attackers, if someone would continue shooting in the hotel, or if the ordeal was truly over. She hid in the hotel’s kitchen and grabbed two big baking pans, the kind that are used for cinnamon buns, to “use them as a shield if I had to,” she said. “[I’d] use them to deflect some bullets or whatever. It’s better than nothing. I might be able to save myself with them.”

But neither the Clarks nor Moore wants to see the nation’s gun laws revised in the aftermath of the massacre.

“He bought his firearms legally but he modified them illegally,” Toby Clark said. “I believe in tight gun laws but I also believe in the Second Amendment.”

Kelsey agreed. “I don’t think it could have been prevented,” she said.

“People can buy guns, and people should be able to buy guns,” Moore said. “It’s not the guns that are the problem, it’s the people that are using them.” 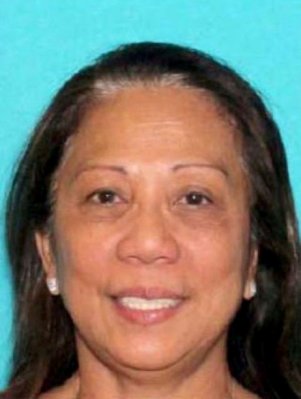 Las Vegas Gunman’s Girlfriend Returns to U.S. Amid Investigation
Next Up: Editor's Pick