'Today, I'm the One.' Julia Louis-Dreyfus Says She Has Been Diagnosed With Breast Cancer

Julia Louis-Dreyfus, one of the most decorated and celebrated actors in television, just announced she was diagnosed with breast cancer.

In a post on her Twitter account on Thursday, the Veep actress shared the diagnosis with a call for universal health care in the United States.

“The good news is that I have the most glorious group of supportive and caring family and friends, and fantastic insurance through my union,” she added. “The bad news is that not all women are so lucky, so let’s fight all cancers and make universal health care a reality.”

Fresh off her history making sixth consecutive Emmy win for Best Actress in a Comedy Series for her performance as Selina Meyer on HBO’s Veep, Louis-Dreyfus has already received a number of well wishes from fans, supporters and others in the industry, including Christina Applegate, who has battled breast cancer before.

Louis-Dreyfus’s stunning career has taken her from Saturday Night Live to Seinfeld to The New Adventures of Old Christine to Veep. With a slew of award show wins for her comedic performances on television, Louis-Dreyfus has used some of her recent acceptance speeches as platforms to speak out against policies enacted under President Donald Trump’s administration — making her call to enact universal health care around the country in her announcement of her diagnosis unsurprising.

In January, as she accepted her Screen Actors Guild Award for Best Actress in a TV Comedy, Louis-Dreyfus spoke out against the Trump administration’s immigration policies.

“I want you all to know that I am the daughter of an immigrant,” she said. “My father fled religious persecution in Nazi-occupied France, and I’m an American patriot, and I love this country, and because I love this country I am horrified by its blemishes. And this immigrant ban is a blemish and it is un-American.”

Louis-Dreyfus will perform as Selina Meyer on Veep for one more season. The acclaimed HBO comedy is ending after its upcoming seventh season. 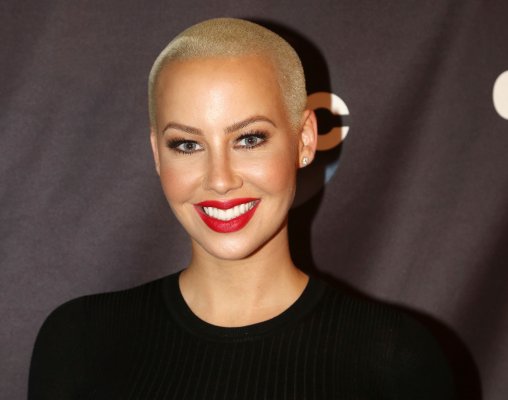 Why Amber Rose Decided to Reclaim the Word 'Slut'
Next Up: Editor's Pick