This Is Where Hurricane Irma Will Hit Florida

Now that Hurricane Irma is closer to Florida’s coast, where exactly the storm will hit has gotten slightly clearer.

Experts are now predicting that the hurricane will hit the southwest area including the Florida Keys and Tampa rather than the Miami area as was initially thought. Irma is now expected to come in through the Florida keys before moving into southwest Florida and north toward the Tampa Bay area, according to the Associated Press.

As of 8 p.m. E.T., Irma was about 110 miles southeast of Key West, where it is expected to approach Sunday morning, according to the National Hurricane Center.

The storm, which is currently a Category 3 after going over Cuba, is also expected to strengthen back into a Category 4, according to the National Weather Service.

While Hurricane Irma is no longer expected to hit Miami directly, the storm will bring “life-threatening winds” to the area, National Hurricane Center spokesman Dennis Feltgen told the AP.

At least 76,000 people in Florida had already lost power as of Saturday evening as effects from the hurricane already began, the AP reported. 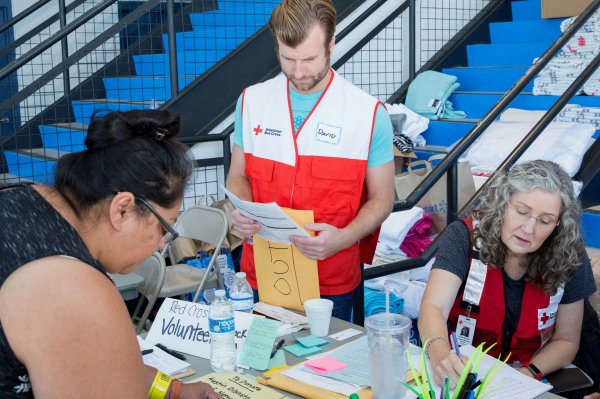 This Is How You Can Volunteer to Help When Hurricane Irma Hits Florida
Next Up: Editor's Pick