Much of Florida is bracing for Hurricane Irma to make landfall over the weekend, and some of President Donald Trump’s properties are also in the Category 4 storm’s path.

Seven of Trump’s hotels, condos and golf courses along Florida’s west coast are likely to get hit by Irma which experts are saying is one of the strongest ever recorded in the Atlantic. Mar-a-Lago, which was called Trump’s “Winter White House” after he spent many of his weekends there during the start of his presidency, is also in that path and was ordered to evacuate Friday.

Miami-Dade County ordered a mandatory evacuation in areas including Miami Beach and Sunny Isles beach, where some of Trump’s properties are also located.

The three condominiums affected are licensed, meaning they’re not owned, developed or sold by Trump, but use the name, according to the Trump Organization website. Two golf courses and a Miami hotel are also some of the properties in Irma’s path.

You can see all of Trump’s Florida properties that are expected to be affected by Hurricane Irma below. The shaded area shows the five-day forecast. 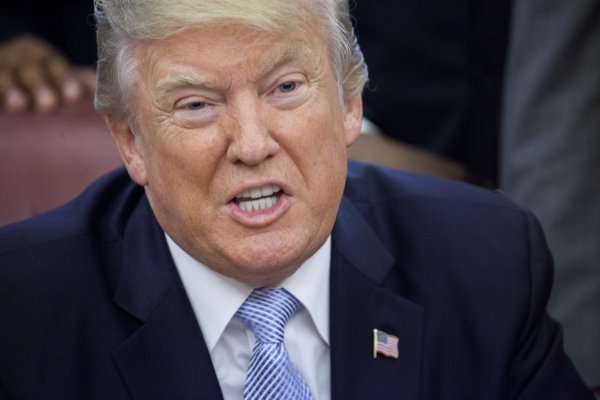 President Trump Said Hurricane Irma Is 'Not Good.' Here's What Else He's Called That
Next Up: Editor's Pick