One of the most talked about moments on season seven of Game of Thrones was a cameo from Ed Sheeran. As it turns out, Sheeran — who’s better known for his musical chops than acting ability — had a little insider help in getting the role.

“It was Maisie [Williams], who plays Arya [Stark],” the “Shape of You” singer explained to MTV News about his connection to the show. “She’s come to gigs for years. They basically put me in a scene with her to be like ‘Hey, thanks for doing the show for so many years. Ed’s gonna be in it.’ I think, anyway. That’s what I was told.” (Sheeran popped up as a friendly singing Lannister soldier in a low-key scene with Williams.)

As for his shot at survival in the hard-knock world of Westeros? “We were all quite young, those soldiers,” Sheeran said. “I doubt I’m going to survive for that long, to be honest, when there are dragons in the world.” Indeed, Sheeran’s kind-hearted, music-loving character may not be a match for the fiery conditions at hand. And besides, he’s not interested in making a repeat appearance.

“My whole thing was like, I didn’t want to be in it for that long. because I’m not an actor. I wanted to be in it for like 30 seconds or whatever, which I kinda was, so happy days,” he added. “No one wants to see me come back.”

Sheeran’s cameo inspired a torrent of responses online, although the star has shrugged off the buzz. He’s currently on the U.S. leg of his world tour for his latest album, Divide. 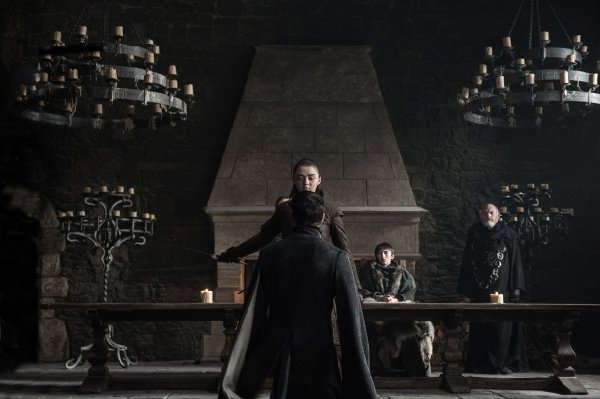 Game of Thrones Finale Is the Most-Watched Episode Ever
Next Up: Editor's Pick