Charlottesville Victim's Mother: I Want Her Death to be 'a Rallying Cry for Justice'

The mother of the woman who was killed while protesting a violent white supremacist rally in Charlottesville, Va. this weekend said her daughter was a passionate activist who wished to bring an end to injustice.

Heather Heyer’s mother, Susan Bro, said her daughter’s tragic death should be used as “a rallying cry for justice.”

Heyer, a 32-year-old paralegal, was killed when a man drove his car directly into a group of counter-protesters. Police identified James Alex Fields Jr. as the alleged driver, and he is currently facing numerous charges including second-degree murder.

“She always had a very strong sense of right and wrong, she always, even as a child, was very caught up in what she believed to be fair,” Bro said in another interview with the Huffington Post. “Somehow I almost feel that this is what she was born to be, is a focal point for change. I’m proud that what she was doing was peaceful, she wasn’t there fighting with people.”

During a speech at a church in Charlottesville Sunday morning, Virginia Gov. Terry McAuliffe honored Heyer in front of the congregation. He also posted a photo of her on Twitter, where he said she “died standing up against hate & bigotry.”

Federal law enforcement are now conducting a civil rights investigation into the horrific incident, which has been called an act of domestic terrorism by a number of politicians and Charlottesville officials. The incident injured at least 19 others.

Two Virginia officers were also killed Saturday when their helicopter crashed as they assisted law enforcement efforts at the rally. 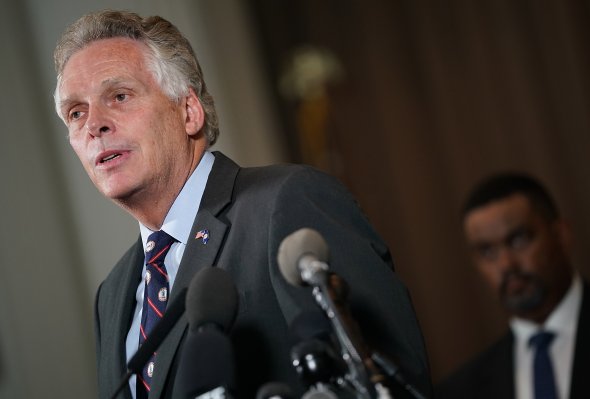