Democracy in North Carolina Could Disappear. Is Your State Next?

Weiser is the director of the Democracy Program at the Brennan Center for Justice at NYU School of Law; Weiner is a senior counsel in the program.

The unraveling of longstanding democratic norms (not to mention decency norms) in Washington, D.C., is understandably transfixing many Americans. But we should not lose sight of the fact that democratic values are under assault in the states, too.

Nowhere is this more prevalent than in North Carolina. There, a case questioning some basic tenets of representative government is playing out before the state Supreme Court right now. On the surface, the case involves a power struggle between the newly elected Democratic governor and the Republican-controlled state legislature over control of the state election process. But more importantly, the case is about how much a legislative majority can manipulate the rules to make its advantage permanent — regardless of what the voters decide.

North Carolina is a closely divided state. It voted just under 50% for Obama in 2008 and for Trump in 2016, and it regularly holds some of the closest Senate and gubernatorial elections in the country. In 2010 Republicans rode a national wave to take control of the state legislature for the first time since 1899 and assumed full political control of the state in 2013. In 2016, however, the incumbent Republican Governor lost his reelection bid to Democrat Roy Cooper. Then things turned ugly.

Seventeen days before Cooper was to take office, the Republican-dominated legislature passed a package of sweeping changes designed to limit his authority, which the outgoing Republican governor signed into law. The centerpiece of this effort was a plan to ensure continued Republican dominance of powerful state and county boards of elections, which are responsible for running elections in the state and have been controlled by appointees from the Governor’s party for more than a century. (The original law was struck down by a state court in March but then reenacted over Cooper’s veto with only minor changes.)

The new law extends the tenure — indefinitely, for all intents and purposes — of the sitting Republican-appointed Executive Director of the State Board of Elections, North Carolina’s leading election official. She would otherwise have been supplanted by a new Democratic appointee. The law also awards half the seats on state and local election boards to Republicans, which allows them to block any changes to voting rules adopted by the previous Republican-controlled bodies. The law even says Republicans get to chair all election boards during every crucial election year when the President, Governor and all statewide officials are on the ballot.

These changes leave little doubt as to who would really be in charge of North Carolina’s election process — and that is the point. Some legislative leaders openly admitted that one of their main goals of the election board law was to keep Republicans in power.

State legislators have tried to justify this power grab by pointing to Democrats’ efforts to increase their political power in the state in the 1970s and 1980s. But while North Carolina Democrats don’t have clean hands, this latest Republican gambit to control the election process is part of a dangerous historic escalation.

North Carolina’s new election board law is part of a series of actions the Republican majority in the legislature has taken to consolidate their hold on power since 2010. They passed aggressive gerrymanders that gave their party 10 of the closely divided state’s 13 congressional seats and super-majorities in both houses of the state legislature. They also sought to disenfranchise Democratic-leaning constituencies — especially African-Americans and young people — by imposing sweeping new voting restrictions, including cutbacks to early voting, strict voter ID requirements and reductions in voter registration opportunities.

These prior efforts to game the political system have been roundly rebuked by the courts. The U.S. Supreme Court recently struck down both North Carolina’s congressional and state legislative maps as unconstitutional racial gerrymanders. And last year, the Fourth Circuit federal appeals court struck down the state’s new voting law, famously criticizing the “almost surgical precision” with which the legislature targeted black voters.

As the state supreme court considers the constitutionality of this latest effort to change the state’s electoral laws later this month, the legislature’s nakedly partisan motives and its past efforts to tweak the system for partisan advantage will likely loom large over the court’s deliberations — as they should. As more and more courts are recognizing, efforts to rig the electoral system are simply inconsistent with constitutional democracy.

Whether the North Carolina legislature gets away with its electoral power grab could have widespread repercussions. Although its democratic breakdown is extreme, the state is the canary in the coal mine. Throughout the country, democratic norms are under tremendous pressure. State legislatures are increasingly experimenting with anti-democratic electoral laws, like new restrictions on voting access and extreme gerrymandering. These anti-democratic strategies are gaining traction at the national level, where a presidential commission is expected to promote regressive voting laws.

The North Carolina Supreme Court is neither the first nor the last court to face an important test of the strength of our constitutional democracy. How it performs could be an early sign of whether we are in for more bad news — or are finally turning a corner. 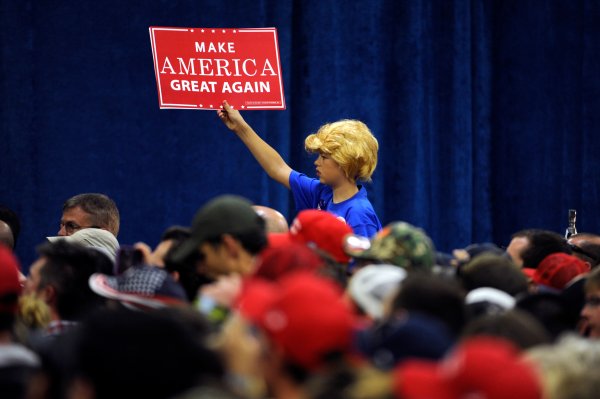 Young Americans Are Actually Not Becoming More Progressive
Next Up: Editor's Pick