Here's What President Trump Achieved Since His First 100 Days

As President Trump approached his first 100 days in office, he called it a “ridiculous standard,” while House Speaker Paul Ryan said it was too soon to judge progress.

“I talked about 200 days because I thought the kind of agenda that we’re attempting to put together here — overhauling health care, overhauling the tax system, rebuilding our military, securing the border — those take more than just a few months,” Ryan said in April.

• Trump announced the U.S. will withdraw from the Paris climate agreement. The U.S. won’t officially be able to leave the international agreement to fight climate change until November of 2020.

• The Justice Department appointed a special counsel on the Russia investigation. Former FBI Director Robert S. Mueller is now heading an investigation into Russian meddling in the election.

• The effort to repeal the Affordable Care Act collapsed. A last-ditch move to pass a “skinny repeal” of Obamacare failed in the Senate when Republican Sens. John McCain, Susan Collins and Lisa Murkowski voted against it.

• Trump announced that transgender Americans would be barred from military service. Citing “tremendous medical costs and disruption,” Trump said that transgender people would no longer be able to serve in the military “in any capacity.”

• The White House staff was reshuffled. Press Secretary Sean Spicer resigned, Anthony Scaramucci was hired and then fired as communications director, Chief of Staff Reince Priebus was replaced by retired Gen. John Kelly, among other changes.

• His approval hit a new record low in polls. A poll released Monday by CNN found Trump at a record low, with just 38% approving and 56% disapproving. Other recent polls have hit record lows as well.

• Many Senate-confirmed posts remain unfilled. As of Aug. 7, the Senate confirmed 117 key positions, but Trump had not yet nominated people for 354 jobs, according to the Washington Post and the Partnership for Public Service. 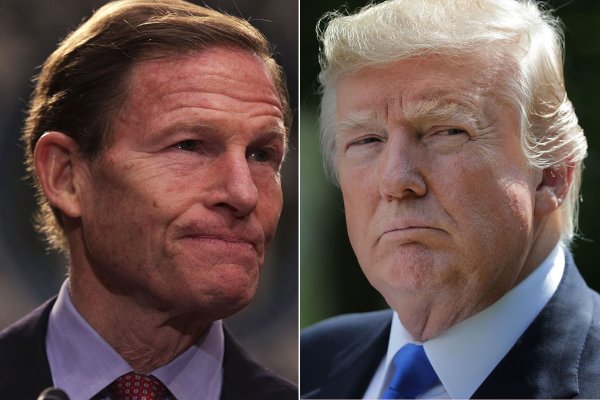