You Could Totally Afford Beyoncé and JAY-Z's Rollerskating Date Night

Add rollerskating to the list of activities that Beyoncé has made impossibly cool, thanks to an appearance at Los Angeles’s World of Wheels rink for a recent weekend date night with JAY-Z — and about a dozen of their friends.

People reports Queen Bey, who gave birth to twins less than two months ago, took over the rink for some good old-fashioned skating fun with her extensive entourage on Friday; it was even shut down for their exclusive use some time after midnight. But not before the Lemonade legend spent some time gliding around with the rest of the crowd, and was spotted by fans enjoying the disco environment — and even, reportedly, doing the splits, proving that her noteworthy dancing skills do helpfully transfer over to skating prowess. She even shared a video compilation of her spin on the rink.

As for JAY-Z? While there isn’t video of the rapper taking to the rink himself, Beyoncé did go ahead and share a number of Instagrams of the two from recent days, including another date night at an L.A. sushi restaurant where each of them enjoyed a pleasant glass of red wine. From chilling on boats to enjoying sports games, going to boutique workout classes, and throwing wild themed parties, Bey and Jay continue to provide excellent examples of date nights to emulate. Just maybe don’t try that rollerskating-splits thing without practice first. 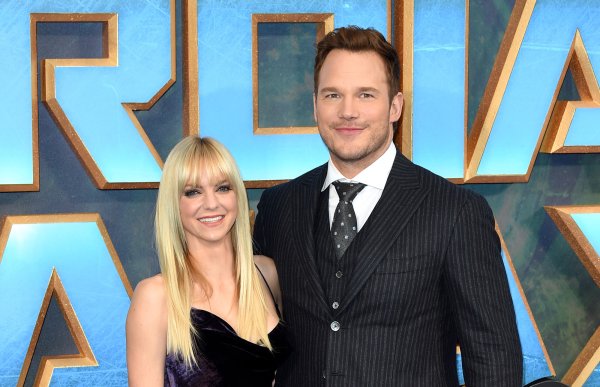 The Internet Is Getting Emotional About Chris Pratt and Anna Faris Separating
Next Up: Editor's Pick