President Donald Trump slammed the Republican faction of the Senate Saturday morning, tweeting that their failure to get the 51 votes needed to pass legislation like Friday’s “skinny” repeal of Obamacare made them “look like fools.”

In his latest tweetstorm, Trump called for the end of the filibuster rule that requires 60 votes, saying it is “very outdated.” But abolishing the filibuster wouldn’t have allowed Republicans to pass the proposed health care legislation, anyway.

Though the bill was crafted under the budget reconciliation rules in order to avoid a 60-vote requirement, the GOP only garnered 49 votes, one shy of the 50 that would have required Vice President Mike Pence to step in and break the tie in favor of the repeal.

“Republican Senate must get rid of 60 vote NOW! It is killing the R Party, allows 8 Dems to control country. 200 Bills sit in Senate. A JOKE!” he tweeted, later adding: “Republicans in the Senate will NEVER win if they don’t go to a 51 vote majority NOW. They look like fools and are just wasting time……”

He called on Senate Majority Leader Mitch McConnell to scrap the filibuster. But McConnell doesn’t have the power to do that on his own, and has made it clear in the past that he does not support such a measure.

“It would fundamentally change the way the Senate has worked for a very long time. We’re not going to do that,” McConnell said in May after Trump advocated for a government shutdown in order to implement a 51-vote threshold. 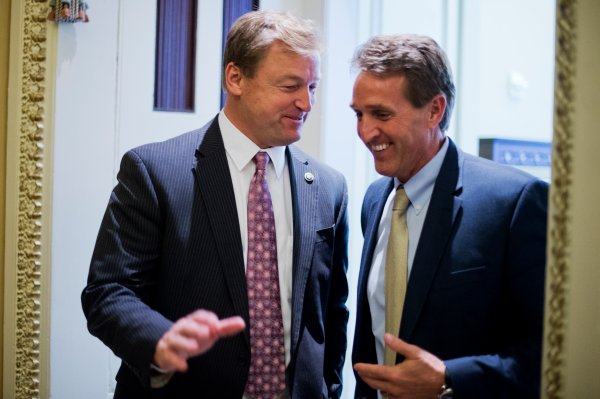 Vulnerable GOP Senators May Pay A Price For Obamacare Vote
Next Up: Editor's Pick