Sen. Lindsey Graham, R-S.C., Sen. John McCain, R-Ariz., and Sen. Ron Johnson, R-Wis., speak to reporters at the Capitol as the Republican-controlled Senate unable to fulfill their political promise to repeal and replace "Obamacare" because of opposition and wavering within the GOP ranks,, on Capitol Hill in Washington, July 27, 2017.
Cliff Owen—AP
By Melissa Chan

The Senate has failed to repeal parts of the Affordable Care Act, better known as Obamacare. The so-called “skinny repeal” failed 51-49. Sen. John McCain was among those who voted against the measure.

Pakistan’s Prime Minister Nawaz Sharif has been disqualified from office in a corruption case connected to last year’s Panama Papers leak. The country’s top court removed Sharif from his role after the leak appeared to link his children to offshore companies. The family has denied any wrongdoing.

Drinking wine is linked to a lower risk of diabetes

Drinking wine three to four days a week may help protect against type 2 diabetes, a new study suggests. Type 2, the most common type of diabetes, causes the body to not make or use insulin well and occurs most often in middle-aged and older people, according to the National Institute of Diabetes and Digestive and Kidney Diseases.

A commuter train accident in Barcelona has injured about 50 people.

An Indianapolis police officer was fatally shot while responding to a car crash. 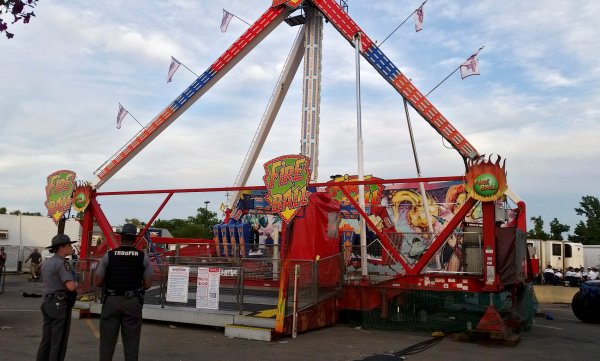