Game of Thrones fans love to hate the show’s villains. Joffrey, Ramsay and Tywin have been among the best characters in the series. Now, Thrones fanatics are obsessing over Euron Greyjoy, the psychopathic pirate who is proving to be a formidable foe to Daenerys and her allies this season.

Though actor Pilou Asbæk debuted the scheming sailor last year, the actor says he worked with the show’s writers, David Benioff and D.B. Weiss, to revamp Euron for the seventh season. That involved a makeover — he’s now sporting a lot of leather — a vicious sense of humor (sorry, Jaime) and a few brutal kills. Asbæk spoke to TIME about how he helped reimagine the character, what Euron’s intentions are with Cersei and why he thinks that controversial scene with the Sand Snakes was appropriate for the story.

Fans really took to your flirty reintroduction in the premiere episode of this season.

When we established the character in season six, I was afraid. I was entering the world of Game of Thrones, a show I’ve been a massive fan of for years. You meet the writers, and you’re just like, “Holy f—ing sh-t. I’m in f—ing Game of Thrones,” so I didn’t want to question anything. I just did the scenes, even though I know the best inspiration is from collaboration with your writers, your director, your fellow actors.

When I came back for season seven, I was like, “Dan, David, all the scenes you guys have written, I love every single line of it. But can we recreate him? I want to make him rock and roll. I want to be a superstar. I want to have this weird guy who’s been traveling the world and has this energy that says, ‘I don’t give a sh-t.'” And that involved a lot of leather and the jacket. The costume designer and Dan and David were like, “Yeah, it’s cool, man.”

So why is he a different man?

All of the psychopaths I’ve met in my lifetime have multiple personalities. Not like they’re schizophrenic, but they can adapt to the people they are surrounded with. He’s a chameleon.

What was it like transitioning from flirty Euron in the first episode to crazy, murderous Euron in the second episode?

What do you think was going through Euron’s mind when he saw Theon hesitate to come to Yara’s rescue — and then jump off the boat?

The easy storyline is that Euron wanted to humiliate Theon, to prove that he’s a wimp. The more interesting angle is Euron wanted to put him into a situation where he would actually stand up for himself. That’s why he says, “Aw, come on you c—less coward!”

There’s been some debate online as to whether the Sand Snakes deaths were unnecessarily brutal. Do you have any thoughts on that scene?

There’s a debate about that? That’s interesting. We had a Battle of the Bastards last year that was inspired by Stalingrad in Russia, which was so realistic it was horrifying. Then we killed two characters on a boat and people debate that?

It’s because it was two women. I’m not going to get into the politics of that. But I like the fact that it was very brutal for one simple reason: Those two women were some fierce, incredible warriors in the previous season. And the more brutal we would make their deaths — and with their own weapons — in my mind, that’s barbaric but poetic that they get killed by their own weapons. It’s closer to Shakespeare.

People have to understand one thing: Some things we have to do for the story. People give the writers a hard time for, “How can Euron know that [Yara and Theon] are there? How can he do a surprise attack?” Guys, I don’t know if you’ve seen Game of Thrones, but we have dragons. Last time I checked, we don’t have any dragons in reality. It’s for the story. And the Sand Snakes dying also [serve a purpose] in the story.

I know it sounds rough, but you have to understand in the books, Euron is the most sick psychopath who would rape and kill his own children if he had any. One of the ways we can show that is with him killing the Sand Snakes in this really brutal way.

What are Euron’s true motivations when it comes to Cersei?

I think it’s very important that your lines are honest in the moment that they are said. So when he says — and I remember all of it because I’m Danish, and it takes me a hell of lot longer for me to memorize English — “When I was a little boy, I wanted to grow up and marry the most beautiful woman in the world,” I think he means it. And what’s more sexy than a beautiful woman with power? 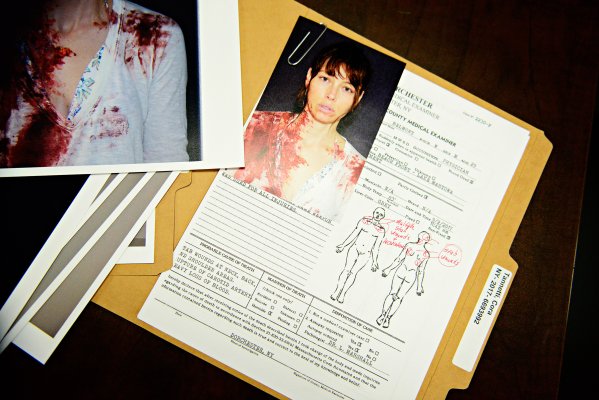 Darkness Under the Sun on USA's Gripping Drama The Sinner
Next Up: Editor's Pick