California Challenges President Trump With Cap-and-Trade Law: ‘We Do Not Have to Wait for Washington’

California Gov. Jerry Brown gestures as he speaks at the 91st Annual Sacramento Host Breakfast in Sacramento, Calif on May 18, 2016.
Rich Pedroncelli—AP
By Katy Steinmetz

California Gov. Jerry Brown has vowed to lead America when it comes to fighting climate change, as President Donald Trump backs down from efforts aimed at combatting global warming. On Tuesday, the leader of the world’s sixth largest economy signed a bill suggesting that his vow has teeth.

On Treasure Island in San Francisco, with pelicans flying above the bay behind him, Brown signed a 10-year extension for the state’s cap-and-trade program, which state lawmakers passed with bipartisan support the week before. The controversial program requires companies to buy permits for releasing carbon into the air, in the hopes of reducing greenhouse gas emissions and using financial pressure to spread greener practices in the private sector. Brown emphasized that California’s law is the only one of its kind on the books in the U.S.

“If we don’t do something about it, it is the end of the world as we know it,” Brown said of climate change at a signing ceremony held in the same place where former Gov. Arnold Schwarzenegger signed a bill authorizing the cap-and-trade program more than a decade earlier. The program was due to expire in 2020 and will now continue until 2030. The state has committed to cutting emissions 40% by that time.

While some have criticized the measure’s potential to increase gas prices for Californians – because the cost of the permits is often passed on to consumers from companies like wholesale fuel suppliers – environmental groups have complained that it contains loopholes and doesn’t go far enough to combat pollution, that it is too friendly to industry. At the singing ceremony, speakers described the bill as a compromise.

Brown said the extension of the cap-and-trade program is proof of California’s commitment to protecting the environment. “It’s about the world,” he said, “and California is leading that world in dealing with a principal existential threat humanity faces.”

Schwarzenegger sat alongside Brown on the dais and took a more combative tone, telling Republican lawmakers in Washington to “Stop lying to the people!” by saying that measures like cap-and-trade can only be put in place at the expense of the economy. He touted the bipartisan support for the bill as proof that “We have a functional government here in California,” and described the passage of the bill as a lesson for lawmakers in D.C. “We do not have to wait for Washington to take action,” he said to applause.

State Senate Leader Kevin de Leon praised the California Republicans who supported the cap-and-trade program, and also took a dig at D.C. “We negotiate, we legislate, we govern, like adults, across party lines,” he said. “It is truly unfortunate our colleagues in Washington, D.C. can’t figure out how to do the same for our country.”

Brown pushed hard for lawmakers to pass the measure, telling them that it would be “the most important vote of your life” in the run up to the vote.

Though Brown did not mention Trump by name, he has drawn implicit contrasts before. At a clean energy conference in China in June, Brown signed an agreement promising collaboration between California and China in fighting climate change and said that “there are still people in powerful places who are resisting reality, who are resisting the obvious science that we know governs our lives.” China remains a signatory to the landmark Paris climate accord that Trump decided to exit earlier this summer, arguing that it hurts U.S. workers and favors countries with emerging economies. China plans to unveil its own cap-and-trade program later this year.

Echoing Brown’s promise that U.S. states and cities will continue to fight global warming, Schwarzenegger said that “there’s only one man who dropped out” of the Paris accord. “America did not drop out.”

Brown also pushed back against Trump on climate issues — again without calling out the President by name — in his state of the state speech in January. “Our state is known the world over for the actions we have taken to encourage renewable energy and combat climate change,” he said. “We cannot fall back and give in to the climate deniers. The science is clear. The danger is real … California is not turning back. Not now, not ever.”

He sounded a similar tone on the stage at Treasure Island, calling the legislation a model for other states and nations. “We’re on the move,” Brown said, “because we’re California.” 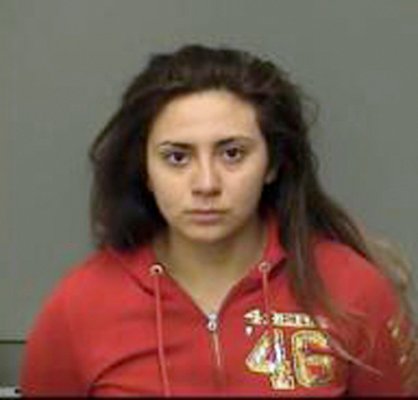 'She Killed Her Own Sister.' Father Speaks Out After 18-Year-Old Daughter Livestreamed Car Crash
Next Up: Editor's Pick