The Edgy Fashion on Game of Thrones Season 7 Is Straight Off the Runway. Here's Proof

Even though we’re only a few episodes into season 7 of Game of Thrones, it’s very clear that winter is here. Nothing indicates that more strongly than the fashion statements characters are making throughout the Seven Kingdoms with their new costumes.

Cersei’s closely-cropped hairstyle and the dramatic leather gown with metal epaulettes that she wore to take the Iron Throne last season hinted that fashion trends were gaining some serious edge in Westeros.

But it was Euron Greyjoy’s Internet-approved Rick Owens-esque look (complete with some smoky guyliner) from the season 7 premiere that confirmed that this season’s style forecast probably skews closer to the wardrobe for a band of rockers than it does for the cast of a medieval fantasy. Gone are the days of bell-sleeved gossamer dresses for Cersei and flowing silk gowns for Daenerys — winter has officially arrived, and that means stocking up on black leather, dark monochromatic pieces, and plenty of heavy metal accessories.

All leather everything for the Lannister twins; Jaime’s longline leather gilet could have easily popped up in Rick Owens’ Fall 2015 collection.

The Queen of the Dragons has traded in her earthy Dothraki garb and silken Targaryen dresses for a fierce leather look with more than a hint of shoulder pads, a look that could easily have appeared in a glam-rock Mugler show.

MORE: How Game of Thrones’ Costumes Hide Secrets About the Show

Sansa’s newfound commitment to black leather, dramatic shaggy fur, and shoulder pads is not unlike that of Gareth Pugh’s designs.

No more crop tops for Missandei — she traded in midriff-baring looks for a military style ensemble complete with a leather harness, which makes us think she might have started doing her accessory shopping at Zana Bayne.

The Greyjoy siblings could be racing away from their evil uncle’s pirate fleets or starring in a John Varvatos ad.

Ellaria and Tyene’s louche looks could have easily come from the Dries Van Noten runway.

In case you forgot that Cersei Lannister is actually Cersei of the House Lannister, First of Her Name, Queen of the Andals and the First Men, and the Protector of the Seven Kingdoms, she’s here to remind you in a dress that’s just as opulent as the Alexander McQueen Resort collection from 2013. 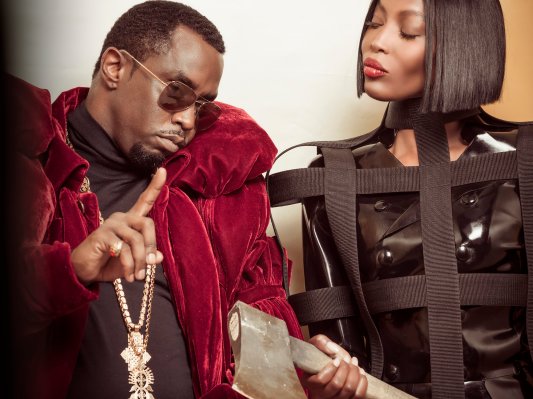 What to Know About Pirelli's New Calendar Starring an All-Black Cast
Next Up: Editor's Pick