These Memes Will Help You Process Your Game of Thrones Feelings

With a Game of Thrones episode packed with the season’s first epic battle, Samwell Tarly’s dicey medical tryout and exactly one prayer-answering love fest, the internet feasted on a smorgasbord of occasions both joyous and terrible.

As always, fans along for the ride laughed, freaked out and celebrated with a language much more universal than Dothraki: memes.

Here, the memes of the biggest moments during Sunday’s episode “Stormborn.”

Ser Jorah’s greyscale makes him look like many things:

Do not eat because of the unappetizing greyscale-pie transition:

Missandei and Grey Worm got intimate at last, and you better believe there was a love fest over their love fest:

Many citizens of the internet didn’t believe Cersei could defeat Daenerys because: dragons, and people got protective about her flying babies.

People loved it when the Breaker of Chains — Daenerys — tested the new…champion of the people (?) Varys:

When Daenerys learned about Jon Snow and not so casually invited him over to bend the knee for his queen:

When Arya found out about Jon Snow, people were in their feelings:

Nymeria rolled through for Arya, if only for a hot second:

Jon went after Littlefinger, an inevitable but risky move:

First battle of the season was lit:

Olenna Tyrell came through with the facts: “you’re a dragon, be a dragon:”

“The Queen’s Justice,” the third episode of Game of Thrones’ seventh season airs July 30 at 9 p.m. on HBO. 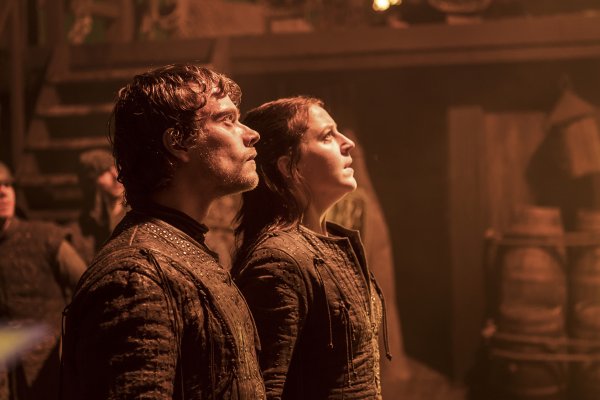 How Theon Greyjoy Just Failed His Biggest Test on Game of Thrones
Next Up: Editor's Pick