In an interview with Law 360 released on Monday, Stevens, 97, said that Trump’s response to legal setbacks were “improper” and showed a lack of understanding of civics.

“I don’t think whoever makes those comments is helping the institution or helping the public understand the correct role of the court or the importance or independence of the judges,” he said.

After moves to ban travelers from several Muslim-majority countries faced repeated legal setbacks, Trump repeatedly lashed out at the courts, calling them “slow and political.” The Supreme Court will hear arguments on the most recent version of the travel ban this fall.

Stevens also said he disagrees with the travel ban.

“Of course the court has to consider the national security issues, but I don’t see the argument finding the danger to our security by allowing Muslims into the country,” he said. “It doesn’t seem to me that’s a very good test of how dangerous the immigrants are.”

Stevens, who was nominated to the High Court in 1975 by Republican President Gerald Ford, also argued that Senate Republicans blocking of the nomination of Merrick Garland made “the general public think that the [Supreme Court] is more of a partisan institution than it really is or should be.”

“He really should have been confirmed,” he said. 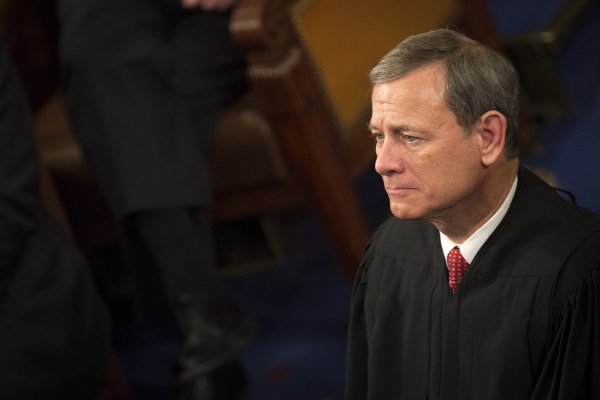