Rihanna Asked for Justin Trudeau's Education Funding on Twitter. Here's What He Said.

While most civically-minded citizens can best make their voices heard by calling up their local elected officials, some larger-than-life individuals have more leverage — and can go straight to the top ranks of power. That’s certainly the case for singer, fashion icon, and lauded humanitarian Rihanna, who is reaching out to world leaders by sending them personal Twitter messages. Her goal? See if they would commit to funding education in support of the Global Partnership for Education.

Sending tweets to France’s Emmanuel Macron, Germany’s Steffen Siebert, Argentina’s Mauricio Macri, and Canada’s Justin Trudeau, Rihanna’s missives did not simply disappear into the void. The ever-popular Prime Minister Trudeau even took the time to respond directly to her plea.

“Will you recommit Canada to #FundEducation?” she asked. To which he replied: “We’ve got your back!” He also noted that girls’ education is a part of Canada’s “feminist international development policy.”

Macri and Seibert also publicly reaffirmed the primacy of education in their country’s policy goals in their responses to Rihanna. 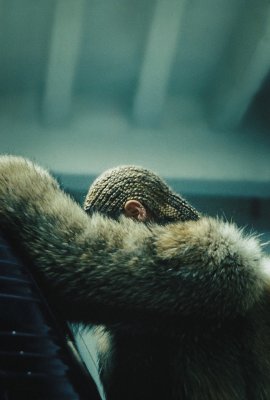 Bow Down to the High School Student Who Recreated Beyoncé's Lemonade Cover for His Graduation
Next Up: Editor's Pick