While new artists like Chance the Rapper and SZA made a splash at the 2017 BET Awards, the night belonged to the elders — industry legends like Mary J. Blige, Tamar, Braxton, Maxwell, Xscape, and New Edition, whose standout performances during Sunday night’s show in Los Angeles were proof that some things really do get better with age.

The lengthy, performance-packed show was helmed by comic Leslie Jones, whose opening monologue riffing on being “old school” was a more than fitting introduction to a night that largely celebrated the legacy and influence of ’90s R&B. In addition to the industry vets, artists like Bruno Mars, Kendrick Lamar, Future, Big Sean, Migos, Gucci Mane, and DJ Khaled helped contribute to the 20-plus performances of the night, while everyone from Lil’ Kim to Solange Knowles was on deck to help present the night’s numerous honors and awards. Clocking in at a whopping four hours, this awards show is one night that won’t soon be forgotten. See the good, the bad, and the very, very dramatic in our rundown below.

Mary J. Blige: The Queen of Hip Hop Soul held court as only she could with a glorious and confident performance that confirmed that she’s not wringing her hands over her recent divorce. Sporting a glittering ensemble that showed off what Jamie Foxx would later declare to the audience as her “breakup body,” Blige performed “Set Me Free”and “Love Yourself,” the latter of which got an assist from A$AP Rocky.

Xscape: The original girl gang reunited on the BET stage for a showing that brought joy to every person who grew up on ’90s R&B. Perhaps even more heartwarming was seeing Tiny Harris and Kandi Burruss being recognized outside of the reality TV franchises that they’re known for now.

Social Activism: The cast of the upcoming film Detroit took time during the show to say the names of those lost to police brutality and violence: “Philando Castile. Eric Garner. Sandra Bland. Alton Sterling. Freddie Gray. Michael Brown. And Trayvon Martin. We gotta influence change.” During her acceptance speech for Young Stars, Yara Shahidi paid tribute to Tamir Rice on what would have been his 15th birthday. Later, Solange Knowles called for a moment of silence for black lives taken before honoring Woman’s March leader Tamika Mallory for her advocacy work. Along with Best New Artist, Chance the Rapper was honored by the likes of Michelle Obama, Jesse Williams, and Common for the Humanitarian Award. Upon receiving it, he reiterated his desire to work toward justice, especially when it came to the racial politics of mass incarceration and the educational system.

Kendrick Lamar: The DAMN. rapper took home the top prize as Best Male Hip Hop Artist, but really stole the show when he appeared as a guest rapper for Future’s performance of the already-viral “Mask Off.” It’s hard to upstage a performer as charismatic as Future and yet Lamar did it with the same devastating ease that he employs with his verbose flows.

In Memoriam Tributes: Chuck Berry got a rousing tribute thanks to Roman GianArthur’s lively rendition of “Johnny B. Goode” while George Michael was honored with a dazzling and sultry performance of “Careless Whisper” by El DeBarge and Kamasi Washington. Prodigy of Mobb Deep, who passed away earlier in the week at the age of 42, was also honored by Lil’ Kim and the other half of Mobb Deep, Havoc. “For over 20 years, he and I went through it all, and seen it all,” Havoc said. “I’m going to miss my dude. This loss is painful. But the lyrical legacy he left us will impact the culture forever. Rest in peace, Prodigy. My brother.” Upon receiving his award for Best Male Hip Hop Artist, Kendrick also paid tribute to Prodigy.

New Edition: Nostalgia was at an all-time high with the tributes for New Edition who was honored on Sunday Night with the Lifetime Achievement Award. The OG boy band was recently the subject of a BET biopic and the biopic’s cast took to the stage to honor the group with a retrospective of their hits over the course of their shared and solo careers with songs like “Candy Girl,” “Poison,” and “My Prerogative.” Later, the singers themselves performed together once again much to the delight of the audience; their songs included “Mr. Telephone Man,” “Can You Stand the Rain,” and “If It Isn’t Love.” Despite the nearly four decades since their start, the boys-turned-men of New Edition proved that they were still the best in the game when it comes to harmonizing and dancing in sync.

Remy Ma: The Bronx’s self-declared “Queen of NY” secured another jewel for her crown when she took home Best Female Hip Hop Artist — breaking the 7-year winning streak held by rival Nicki Minaj. Lest anyone think that Remy’s win wasn’t the latest development in their longtime beef, Remy spit bars from her diss track about Minaj, “Shether,” before accepting her award. Remy also used her time to talk about her time in jail, telling her fans that “it’s hard, but you can do it; you can make mistakes and come back.”

Asahd Khaled: Of course the hardest working baby made an appearance at the BET Awards. Besides joining his father DJ Khaled for a performance of “I’m the One” with Lil Wayne, Chance the Rapper, and Quavo, Asahd also blessed us all by wearing matching turquoise Gucci suits with rapper Gucci Mane. A true icon at the ripe age of eight months.

Technical difficulties: SZA’s lush, seductive set towards the end of the show was one of the night’s best vocal performances, but sadly it won’t be her rendition of “The Weekend” that stays with viewers who are much more likely to remember the glaring technical difficulties that forced the singer to stop and restart her performance. She wasn’t the only one who suffered at the hands of production — Insecure‘s Issa Rae who introduced SZA was incorrectly announced as Yara Shahidi. Additionally, there were notable gaps and lags throughout the program — perhaps most awkwardly when there was no transition between when New Edition accepted their award and their costume change for their performance.

Stage Set and Camera Work: The show’s stage had a moving walkway that strongly resembled a conveyer belt, which made it difficult for the talent and presenters to walk and left most viewers in mortal fear that their fave would be the victim to falling flat on their face. Additionally, the camera angles veered erratically between perspectives, making the viewing experience disorienting to say the least.

Length: Too much of a good thing can be horrible — or at the very least, very taxing. The BET Awards are always a wealth of talent, but while some performances were phenomenal, there were too many that were subpar or simply not that memorable (here’s looking at you, Trey Songz.) While the show’s focus on performances as opposed to the actual presentation of the awards is more entertaining in theory, a four hour awards show does little to maintain flagging interests.

Chris Brown: How and why does Chris Brown continue to get invited to perform at these functions? Between his current restraining order from Karrueche Tran and his mixtape Burn My Name with Ray J, it’s questionable whether or not Brown’s obvious talent is justification enough for co-signing him as a problematic fave. 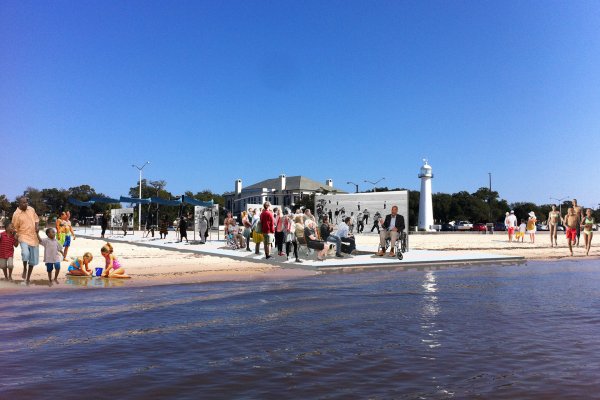