There are few people that can lay claim to the fact that they have been cradled by the biggest names in the music industry before they celebrated their first birthday, but for Asahd Khaled, the eight-month-old heir to DJ Khaled’s legacy, it’s just another day in the life of a young legend who’s the most active baby in the industry.

Since Asahd made his presence known on this earth with a Snapchat-documented birth, he’s been called an icon, a don, a boss, and, of course, a blessing. His father’s abundant affirmations to his son range from the emphatic (“You’re self-made!”) to the endearingly paternal (“I love you so much! You’re my best friend! You’re my son!”) and make Khaled’s notoriously over-the-top Snapchat platitudes look almost placid in comparison. But while some might point to Khaled’s exultations as a case of fatherly love (and a healthy dose of bias), there’s a lot of truth to the hype around Asahd.

After all, how many tots in the under-one set do you know who are credited as executive producers on what’s bound to be one of the albums of the summer? How many babies do you know that have been called a legend by Rihanna and cuddled by Nas? With DJ Khaled’s album Grateful (“executive produced” by Asahd) dropping on Friday, Asahd’s first summer is shaping up to be better than most people who are much older than him.

How many babies do you know that casually hang out in the Roc Nation offices?

Or that ring the bell at the New York Stock Exchange?

Asahd has already made appearances at the hottest events of the summer, like Hot 97’s Summer Jam.

Where he partied with people like Hot 97’s Ebro.

However, Asahd didn’t seem fazed at all which makes complete sense because he’s rubbed shoulders with nearly every name in hip hop. Here he is hanging out Nas.

He caught up with Big Sean and Travis Scott.

And even scored a kiss from Rihanna.

Ballers want to be in the presence of this greatness.

Before summertime, Alicia Keys and Swizz Beatz have already invested in Asahd’s musical production by giving him a piano perfect for his size.

And even Zac Efron is a fan of young Asahd.

However, it’s not just the company that Asahd keeps that’s enviable. This baby only flies private.

We know he’s also ready for the international jet set life when it comes to summer travel.

He was getting his wardrobe ready long before Memorial Day, and he understands the importance of accessorizing with the right jewelry.

And the difference that the right fit can make (his father, after all, is vocal about #clothtalk.) Here he is getting some custom Gucci tailored.

However, Asahd knows that the major keys of life aren’t dependent on material goods or connections. He devotes plenty of time to good vibes, hammock talk, chilling out, and fan love.

When it comes to Grateful, Asahd takes his work as executive producer very seriously, doing everything from approving video footage to making sure that the Drake vocals are in.

However, Asahd’s most memorable contributions to the album might be in the many flawless album covers he’s provided for the album.

May we all have the kind of legendary summer that Asahd is having. 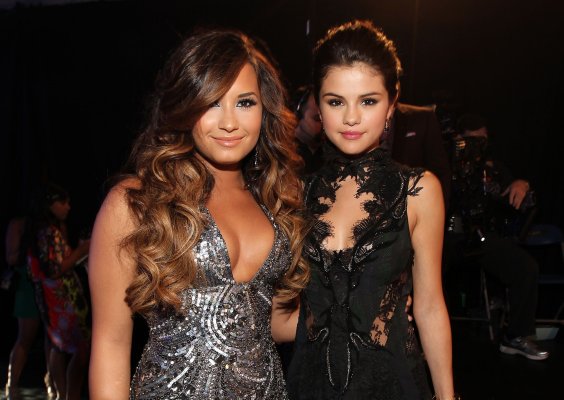 The Internet Is Losing It Over Demi Lovato's Subtle Nod to Selena Gomez
Next Up: Editor's Pick