“I have not sat down and talked to him about that specific thing,” Spicer told reporters at the daily press briefing Tuesday. “Obviously we’ve been dealing with a lot of other issues today. I’d be glad to touch base.”

When a reporter followed up by noting that 16 intelligence agencies believe that the Russians did interfere, and former FBI Director James Comey said as much in his congressional testimony, Spicer reiterated that he couldn’t answer because he hadn’t spoken with Trump.

“I have not sat down and asked him about his specific reaction to them, so I’d be glad to touch base and get back to you,” he said.

In the past, Trump has referred to the investigation into Russian interference as “fake news.” A reporter asked Spicer about this characterization, but did not get a response.

Trump has also repeatedly referred to investigations into possible collusion between his associates and Russia as a “witch hunt.”

Spicer’s response comes amid reports that he will leave the briefing podium to become Senior Adviser for Communications, although nothing has been finalized yet.

“It’s no secret we’ve had a couple vacancies, including our communications director is gone for a while,” Spicer said Tuesday when asked about a potential role change, explaining that the White House has been seeking advice and meeting with people that could help the administration.

“We’re always looking for ways to do a better job of articulating the President’s message and his agenda, and we’ll continue to have those discussions internally, he told reporters. “When we have an announcement of a personnel nature we’ll let you know.” 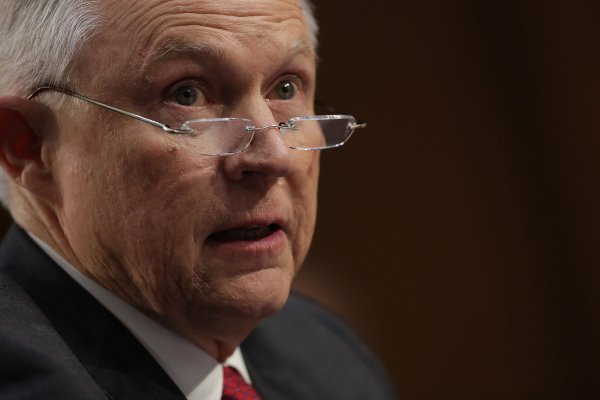 Attorney General Jeff Sessions Hired His Own Private Lawyer
Next Up: Editor's Pick