A Belgian court has ruled that Nutella rival “Choco” cannot advertise claims that its chocolate spread is healthier and more eco-friendly than Nutella.

The Guardian reports that the chocolatey dispute began with the Belgian supermarket chain Delhaize’s 2013 advertising campaign claiming its best-selling Choco spread was better for you and more eco-friendly because it didn’t contain any palm oil, unlike Nutella. (Choco is manufactured with sunflower oil, cocoa butter and coconut oil, according to its website, while Nutella contains hazelnut, sugar, palm oil, and cocoa solids.)

Nutella’s manufacturer Ferrero brought the case against the chain, arguing that the advertising was deceptive and damaging to the Nutella brand. The court ruled that the Choco retailer will have to pay almost $28,000 for every repetition of the claim going forward.

Ferrero maintains that it’s “illegal” to claim a food is better than another product because of palm oil.

For Choco’s part, a spokesperson said the decision won’t stop it from making inspirational products.

As for Ferrero’s separate argument that Delhaize shouldn’t even be allowed to call its spreadable product Choco because it’s missing chocolate, that claim was thrown out by the court. 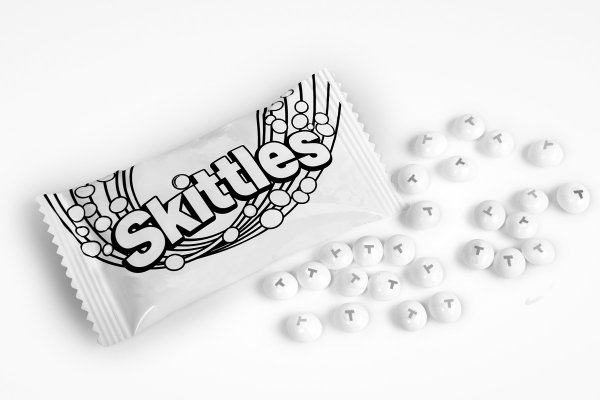 Not Everyone on the Internet Is Pumped That Skittles Went White for Pride Month
Next Up: Editor's Pick