This week Aquaman star and current Internet crush Jason Momoa and workwear brand Carhartt released a video that goes behind the scenes of a the mini-film — which garnered nearly a million views on YouTube — in the form of a behind-the-scenes chat between all the cool dads in Momoa’s life. And as it turns out, there are a lot of cool dads.

It’s a follow up to last year’s film when he talked hands-on approach to fatherhood. (Momoa, perhaps best known for his role on Game of Thrones as Khal Drogo, is the father of two children with wife Lisa Bonet, and stepfather to actress Zoe Kravitz.)

Each of them — a skateboarder, a rock climber, a musician, an artist, and more — share their philosophies on parenting and why fatherhood is particularly powerful.

Adds motorcycle craftsman Jeremiah Armenta, “The things you show your children when they’re little, they remember their whole life, you know?”

Oh, and then they wax poetic about their pal Momoa himself.

“I’m not normally inspired,” says artist Blaine Halvorson, “and Jason is someone who inspires me every day in everything that he does.”

“It’s beautiful to me, Jason, how he involves his children,” Armenta comments. “They travel with him. Everything he enjoys, they enjoy.” If that’s not dad goals, it’s hard to imagine what is. Go ahead, be jealous of Momoa’s squad of fathers in touch with their feelings. Masculinity comes in many forms. 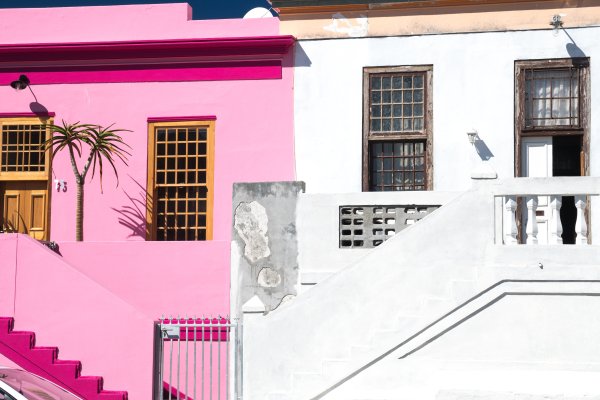 People Are Going Wild for Some Controversial Hot Pink Houses
Next Up: Editor's Pick