The news of a gunman opening fire at a baseball field filled with Republican members of Congress Wednesday morning hit former Congresswoman Gabby Giffords “pretty hard,” according to her husband.

Giffords was shot in the head in 2011 when a gunman opened fire at a constituent meeting in Tucson, Ariz., in an assassination attempt while she was still a congresswoman. House Majority Whip Steve Scalise is in critical condition and several others were injured with gunshot wounds as a result of the incident.

“For her, having experienced something like this in her district, to see this happen again with her colleagues on the other side of the aisle, it’s completely — it’s unacceptable, it’s sad,” Gifford’s husband Mark Kelly, a retired American astronaut, told CNN. “I’d say it hit her pretty hard.”

The shooter, identified as James Hodgkinson, a 66-year-old man from Illinois, died in a hospital after exchanging fire with law enforcement.

Before the attack on Wednesday, Giffords was the most recent member of Congress to have been shot.

“This shooting is an attack on all who serve and on all who participate in our democracy,” Giffords wrote in a statement about Wednesday’s shooting.

“I am thankful for the great courage of the Capitol Police, who were my protectors after I was shot and became my friends,” she added. “I also know the courage it takes to recover from a shooting like this, and I know Steve and everyone there this morning have such courage in great supply.”

Giffords has long been an advocate for gun control. In Jan. 2013, she and Kelly launched a political action committee called Americans for Responsible Solutions. 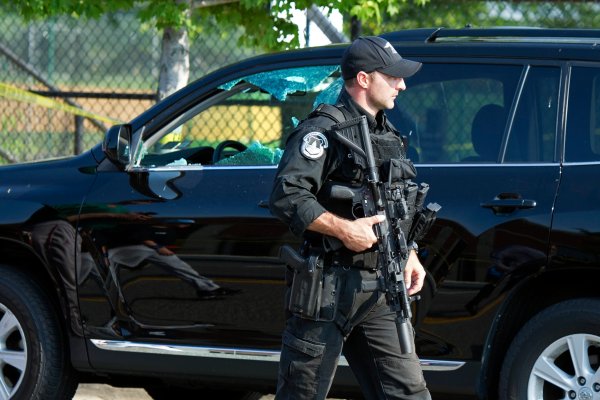 Lobbyist Injured in the Virginia Shooting Is in Critical Condition, Family Says
Next Up: Editor's Pick