Rep. Chris Collins vowed Wednesday to start carrying a gun with him “from this this day forward” following the shooting of House Majority Whip Steve Scalise and at least three others at an early-morning baseball practice in Virginia.

“You look at the vulnerability. I can assure you, from this day forward, I have a carry permit, I will be carrying when I’m out and about,” the Republican representative of New York told WKBW, an ABC affiliate in Buffalo.

“On a rare occasion I’d have my gun in the glove box or something, but it’s going to be in my pocket from this day forward,” he added.

Collins’ remarks came after Scalise and congressional aide Zack Barth were shot during a GOP baseball practice for an annual charity game that pits Democrats versus Republicans. Scalise is currently in critical condition, according to a statement.

The suspected gunman was identified as James Hodgkinson, a 66-year-old Illinois resident who later died from his sustained injuries, according to the Associated Press. Hodgkinson reportedly volunteered for Sen. Bernie Sanders’ presidential campaign. The Vermont senator spoke on the House floor Wednesday afternoon, saying he he was “sickened by this despicable act.”

Collins blamed Democrats for fueling anger against Donald Trump and the GOP.

“I can only hope that the Democrats do tone down the rhetoric,” Collins told Buffalo’s WBEN radio. “The rhetoric has been outrageous – the finger-pointing, just the tone and the angst and the anger directed at Donald Trump, his supporters. Really, then, you know, some people react to things like that. They get angry as well. And then you fuel the fires.” 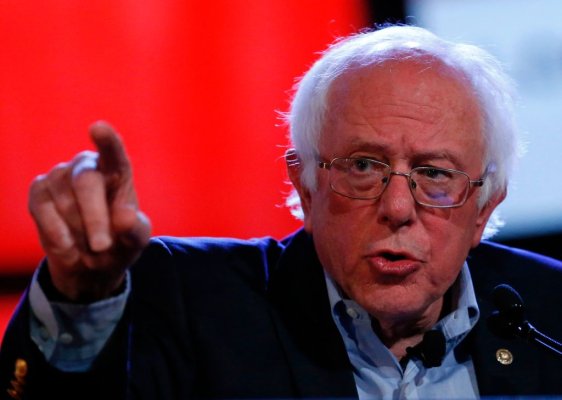 Gunman Who Attacked Congressmen Volunteered for Bernie Sanders' Campaign
Next Up: Editor's Pick