President Donald Trump’s eldest son, Donald Trump Jr., linked the shooting on Wednesday of House Majority Whip Steve Scalise and others with a New York production of “Julius Caesar” that depicted a look-a-like of the President being assassinated.

Although Trump offered a measured response to the news that Scalise and others had been shot during practice for a congressional baseball game, his son leapt into the political fray on Twitter. Trump Jr. quoted a tweet from a conservative commentator who said the shooting was why he “took issue with NY elites glorifying the assassination of our President.”

Trump Jr. had little to say about the tweet, other than to indicate that he approved of it.

New York Public Theater’s production of Shakespeare’s “Julius Caesar” has sparked controversy for portraying the assassination of a very Trumpian Caesar. Earlier this week, both Delta Airlines and Bank of America withdrew financial support to the theater over the depiction. 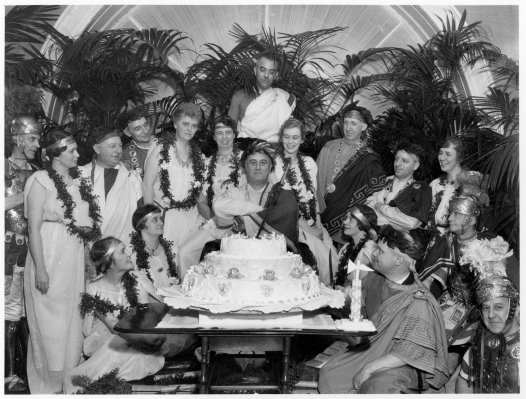