Katy Perry is making good on her claim that she wants to end the feud between her and Taylor Swift by changing the lyrics of her diss track, “Swish Swish.”

In an interview with Ariana Huffington during a marathon live stream that Perry did as promotion for her new album Witness, the pop princess said that she wanted to make amends with Swift, noting that she was “ready to let it go. Absolutely, 100 percent. I forgive her, and I’m sorry for anything I ever did, and I hope the same from her.”

Later, at an outdoor concert that Perry held for her fans at the conclusion of the live stream, she performed “Swish Swish,” but changed the lyrics of the first line from “Don’t you come for me,” swapping it out for “God bless you on your journey, oh baby girl.”

Asked if the song was actually about Swift as some fans speculated, Perry said it wasn’t. “No, it’s not about anyone in particular,” Perry said on the Today show. “And I’ve said that on the record.”

Could the feud between Perry and Swift finally over? If Perry was indeed offering a sentiment, looks like she’s ready to bury the hatchet. 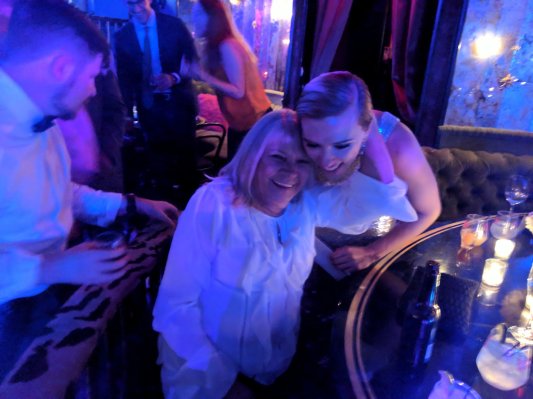 Scarlett Johansson Partied With Her Viral Lookalike and They Had the Best Time
Next Up: Editor's Pick