Attorney General Jeff Sessions is set to face questions before the Senate Intelligence Committee Tuesday afternoon, where he will be pressed on the Russia investigation, his own meetings with Russian officials, and the events leading up to the firing of FBI Director James Comey. But Sessions is not expected to speak to his private conversations with Trump about the latter event, citing executive privilege. It’s the latest high-profile testimony that is set to dominate cable news and the political discussion—and thereby distract from Trump’s focus for the week: workforce development. Trump is traveling to Milwaukee to try to push the issue Tuesday afternoon and to hold a fundraiser for Wisconsin Gov. Scott Walker.

Trump allies are openly talking about the possibility of firing special counsel Robert Mueller, with Trump friend and Newsmax CEO Chris Ruddy doing the rounds of cable television to promote the idea, which is also backed by former Speaker of the House Newt Gingrich. Ruddy did not discuss the issue with the president when he was at the White House Monday, Press Secretary Sean Spicer said, not denying that it has been the subject of consideration. Such an action would be hugely inflammatory, and would put congressional Republicans in an impossible situation. Speaker of the House Paul Ryan tried to shoot down the trial balloon Tuesday in an interview with radio host Hugh Hewitt. “I think he should let Bob Mueller do his job, do his job independently,” he said. White House aides say Trump is exceedingly unlikely to take the step, even as Trump allies work to discredit the widely-respected former FBI chief.

Trump set to act on Cuba. The #1 threat facing the U.S. And Trump’s tweets come back to bite him.

Trump’s Personal Lawyer Boasted That He Got Preet Bharara Fired
Marc Kasowitz, President Trump’s lawyer in the Russia investigation, has bragged he was behind the firing of U.S. Attorney Preet Bharara [ProPublica]

“No I have not.” — Deputy Attorney General Rod Rosenstein on whether he has seen any evidence to justify the firing of Robert Mueller

A Judge Just Cited a Trump Tweet When Ruling Against Him. Again. [TIME] 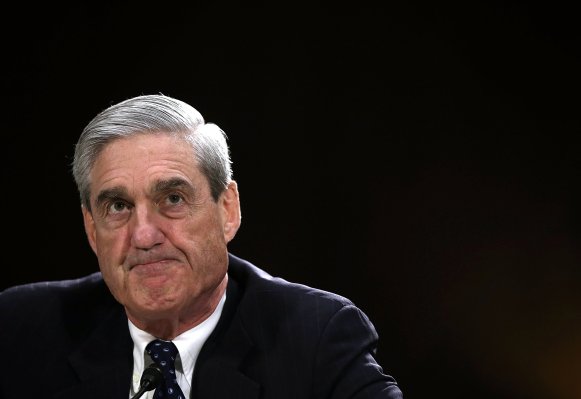 President Trump Might Fire the Special Counsel. Can He Do That?
Next Up: Editor's Pick