Cheer Up, Theresa May. At Least You Beat This Bucket-Headed Intergalactic Space Lord

As Prime Minister Theresa May anxiously waited to hear whether she had kept her seat in her Maidenhead constituency in the early hours of Friday morning, those following the U.K.’s general election may have noticed she was sharing the stage with some rather unusual company.

To the left of May stood some unorthodox politicians: Elmo, who received three votes, Howling “Laud” Hope of the Monster Raving Loony Party, who got 119 votes, and Lord Buckethead, a self-described “intergalactic space lord” who wore all black with a pail on his head. In total, he took home 249 votes to the Prime Minister’s 37,718.

Lord Buckethead, whose real name is unknown, previously stood against former Conservative Prime Ministers Margaret Thatcher and John Major (losing by a long, long way both times). This year, he described his result as a “new Buckethead record.”

In a campaign poster he revealed his party slogan to be “strong, not entirely stable, leadership,” poking fun at the Conservative Party’s well-drilled “strong and stable leadership” slogan.

In another corner of the country, Tim Farron, the leader of the centrist Liberal Democrat Party, was upstaged during his victory speech by a man dressed up as a frozen fish finger. Mr Fishfinger, a rival candidate who changed his name by deed poll, stood directly behind Farron and pulled faces during his speech. He received 309 votes. 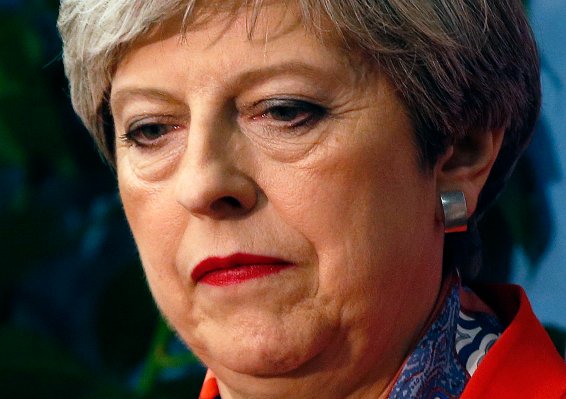 The 6 Big Takeaways from the U.K. Election
Next Up: Editor's Pick