5 Things I Realized Re-reading Harry Potter as an Adult

Harry Potter survived a killing curse cast by the wizarding world’s most dangerous dark wizard when he was just a year old — it’s why he’s called The Boy Who Lived.

J.K. Rowling’s wizarding world slowed down in 2011 after seven books and eight movie adaptations. But in 2014, Rowling planted a seed on her fansite Pottermore with a new short story about Harry as an adult. Potterworld fully sprang back into action in 2016 with the release of a sequel play (Harry Potter and the Cursed Child) and prequel movie (Fantastic Beasts and Where to Find Them).

MORE: Why This Is Harry Potter’s Most Important Birthday Yet

All of this renewed excitement about Harry made me — a longtime fan who wrote her own sequel at age 11 because Chamber of Secrets wasn’t out yet — nostalgic for the initial text. I hadn’t reread any of the books since the last movie came out in 2011. Would they be ruined by the many Harry Potter movie marathons on Freeform? Would my imagination be stale as an adult? Would I be able to remember the taste of cream soda I drank, pretending it was Butterbeer as I dragged my father to yet another midnight release party?

The answer, I was thrilled to find out, was that the books were even more enjoyable to read as an adult. After 20 years, the books felt fresh and new. Here’s what stood out:

The concept of time is difficult for anyone to understand, let alone an 11-year-old boy who learns he’s a wizard seemingly overnight after years of suffering abuse at the hands of his aunt and uncle. Rowling introduces us to the concept of time in a number of ways, often through devices that manipulate time as a way of proving just how precious it is to readers. The Mirror of Erised can show time in another life; the Pensieve is a handy tool used to review memories; and the Time Turner allows its owner to jump around in time.

2) The Series Gets Stronger and Stronger

When the original books came out, I waited and waited and waited for each next book to be released. In fact, there were exactly 1,078 days between the release of Goblet of Fire and Order of the Phoenix. So this time, it was incredibly fun to read them all in a row, to such an extent that I envied those who didn’t have to wait in line at midnight and could just shut off the rest of their world to be with Harry and his cohort for seven incredible books.

3) Rowling’s Imagination Stirs Our Own

Not only does it stand up, but it’s still just as rich. The books are layered with so much detail that it’s easy to forget it all, no matter how big of a fan you are. I also rediscovered parts of the wizarding world that once seemed like lighthearted minutiae (case in point: Nifflers, the platypus-like creatures at the center of Fantastic Beasts, are introduced in the third book). Twenty years later, the books still thrilled this reader, the same way a new smartphone’s features can cause a stir of excitement: each page felt innovative, like something incredible I never knew I wanted but made life that much richer.

4) Technology Takes a Back Seat

MORE: 10 of the Most Magical Harry Potter Quotes to Inspire You

In the final book, readers learn that “The last enemy that shall be destroyed is death,” a passage from I Corinthians in which Paul discusses Jesus’ Resurrection, is inscribed on Harry’s parents’ tombstone. In 2007, Rowling told TIME that the quote inspired much of the series’ theme. And there’s plenty of proof that love for the series isn’t dying down anytime soon — or if things go the way fans hope — ever. Just a week before the book’s 20th anniversary, Rowling’s fansite Pottermore launched a Harry Potter book club, which will feature curated content and a Twitter conversation that will perhaps include insight from Rowling herself.

It’s only fitting that after 20 years, fans are going back to where it all started: the books. 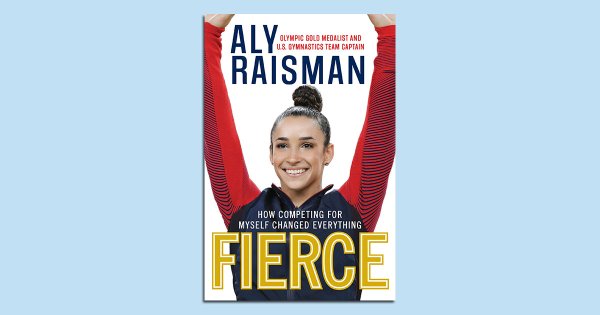 Exclusive: Olympic Gymnast Aly Raisman Is Turning Her Private Journals Into a Memoir
Next Up: Editor's Pick