After George and Amal Clooney welcomed their infant twins Ella and Alexander on Tuesday morning, the internet was quick to share its joy and congratulations with the pair on social media. These are the first children for both George and Amal, but the high-powered couple have no shortage of fans, and plenty of well-wishers for their new adventure as first-time parents.

The Clooneys, who dated for about a year before they married, tied the knot in 2014 at a wedding in Venice. During the last year, Amal has maintained her position as a public advocate for human rights and a consistent anti-genocide champion, while Oscar winner Clooney kept up his role as a public figure and spirits entrepreneur. But the world got wind that the births were imminent when he declined attending a humanitarian awards event, choosing instead to stick close to home in preparation for the twins’ arrival.

Twitter had many feelings upon discovering this important update. See some of the reactions below.

Of course, there’s one more set of twins the world is also waiting for. 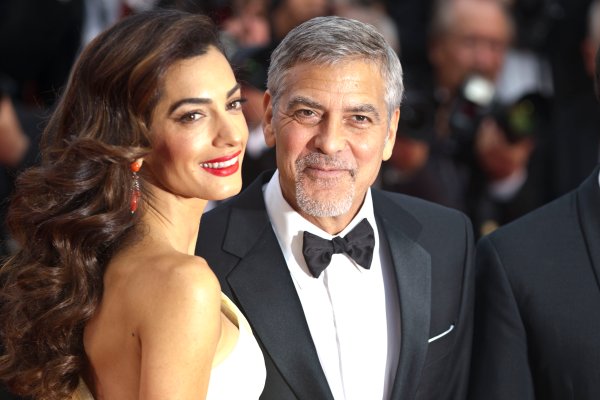