Katy Perry Reveals the Reason Behind Her Feud With Taylor Swift

After years of avoiding directly commenting on the matter, Katy Perry has finally confirmed her rumored feud with Taylor Swift.

On Monday night’s extended Carpool Karaoke special, host James Corden asked the singer if there was truth to speculation that she and Swift were at odds. For the first time, Perry discussed the clash in detail, telling the Late Late Show host, “There’s a situation…she started it, and it’s time for her to finish it.”

Perry then told Corden that she attempted to reach out to Swift to clear the air. “I tried to talk to her about it and she wouldn’t speak to me,” she said.

Both pop stars have strongly hinted at a feud, without naming each other, since a disagreement about background dancers, which Perry confirmed to Corden. It all came to a head with the release of Swift’s 2015 song “Bad Blood,” which some fans — including Perry — read as a jab at the “Firework” singer.

“I do the right thing any time that it feels like a fumble,” Perry told Corden. “It was a full shutdown and then she writes a song about me, and I’m like, OK, cool, cool, cool, that’s how you want to deal with it? Karma!”

When the host asked if Perry, who was on the show to promote her forthcoming album Witness, would bury the hatchet once and for all, she said yes, but she doubled down on her thoughts about karma.

As for the “reaction,” she may have been referencing her latest track “Swish Swish,” featuring Nicki Minaj, which Swift’s friend Ruby Rose perceived the song as dissing Swift.

After Corden asked if Perry would “take the beef off the grill,” she argued for solidarity among women, saying, “I think personally that women together, not divided, and none of this petty bulls–t, women together will heal the world.” 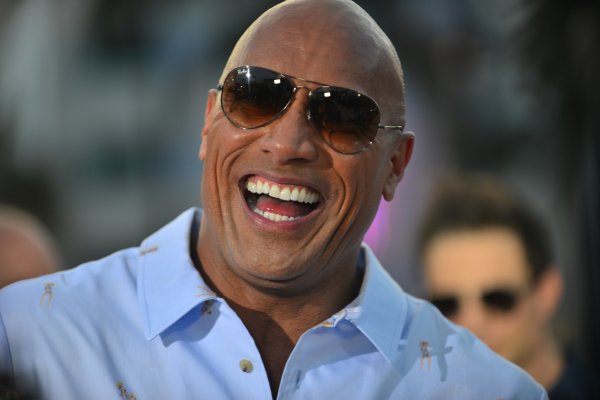 The Rock Gives the People What They Want With An Epic Photo
Next Up: Editor's Pick