Singer Ariana Grande has expressed her shock and sadness at the suspected terrorist attack that killed at least 19 people at her concert Monday night in Manchester, U.K.

“Broken. From the bottom of my heart, I am so so sorry,” she tweeted. “I don’t have words.”

“Words cannot express out sorrow for the victims and families harmed in this senseless attack. We mourn the lives of children and loved ones taken by this cowardly act,” reads a statement from Scooter Braun, Grande’s manager.

Universal Music, the group to which Grande’s record label belongs, paid tribute to those affected by the attack in a Facebook post earlier, saying that it is “deeply saddened to learn of tonight’s devastating event in Manchester.”

Politicians and other musicians have also expressed their grief and solidarity on social media. At least 59 others were brought to hospital after the attack, according to local emergency medical services, with many more treated at the scene. 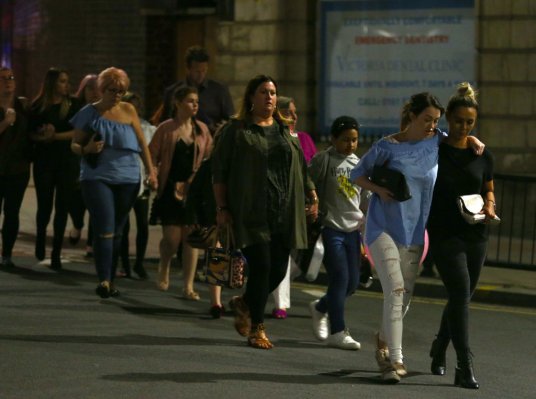 Manchester Residents Open Their Doors to Survivors Left Stranded By Concert Explosion
Next Up: Editor's Pick