Here's How Little Exercise You Need to Boost Your Mood

It’s no secret that exercise can produce powerful mood-boosting endorphins. But do you really need to break a sweat to reap those benefits? A new study in the Journal of Health Psychology says no: Simply getting up and moving around seems to reduce feelings of depression, say researchers at the University of Connecticut.

Light physical activity was actually associated with the biggest emotional benefit in the study, compared to moderate and high-intensity exercise. No association was found between emotional state and vigorous physical activity, but that can still be considered good news, say the authors. The finding contradicts a previous study that suggested vigorous exercise could actually worsen psychological wellbeing.

The study included 419 middle-age adults who completed health and activity questionnaires, and then wore activity trackers for four days. In line with previous research, people who reported higher levels of sedentary behavior over the last six months also reported lower levels of subjective wellbeing. In other words, they were the least happy.

When the researchers looked at the participants’ activity over those four days (two weekdays and one weekend), they found that people who did light-intensity activities, like leisurely walking, reported the highest levels of wellbeing and lowest levels of depression. People who participated in moderate-intensity physical activity, which typically involves sweating and an increase in heart rate and breathing, also reported higher-than-average levels of wellbeing, and lower levels of pain, as well.

Some people benefited from physical activity more than others. When the researchers factored in people’s self-reported physical activity levels, they found that those wellbeing boosts—for both light- and moderate-intensity activity—were strongest for people who reported having the most sedentary lifestyles.

“Compared to someone who is just sitting around all the time, if you’re somebody who simply goes for a walk here and there at a comfortable pace, you’ll start to see some benefits,” says lead author Gregory Panza, a graduate student in UConn’s department of kinesiology.

Vigorous activity, defined as exercising hard enough that carrying on a conversation becomes difficult, was not associated with wellbeing in either a positive nor a negative direction. “For regular exercisers who do like to do harder workouts, this can be reassuring that there aren’t negative consequences,” Panza says.

The study was unable to show a cause-and-effect relationship between exercise and emotional health, and Panza acknowledges that it’s a complicated topic. “It can potentially be a vicious cycle,” he says. “People might have low levels of wellbeing because they’re not exercising, or they might not be exercising because they have low levels of wellbeing and they don’t have the drive to do it.” Underlying health conditions or injuries could also affect both mood and exercise habits.

And, because the study participants were all in generally good health—physically and emotionally—the results may not hold true for everyone. For these reasons, the authors say, more research is needed to say for sure what type and duration of activities should be recommended for different groups of people.

But this research does support the idea that any activity is better than no activity, says Panza, for both physical and mental health.

“What’s nice about what we found is that it didn’t take a lot of effort to make a difference,” he says. “If we can somehow convince people to get off the couch and go for a little stroll, or go walk around a shopping center, they can potentially see a difference. It’s not necessary to push yourself to uncomfortable levels of exercise.” 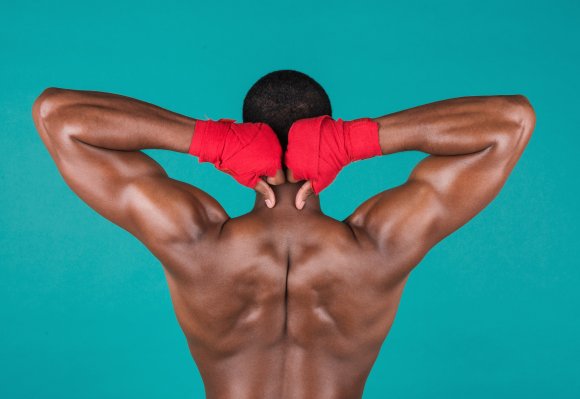 Exercise Makes You Younger at the Cellular Level
Next Up: Editor's Pick